Microsoft's next of KIN isn't iPhone

Today's KIN phone launch should not be compared to iPhone. Anyone doing so should be whacked aside the head. Microsoft isn't trying to directly compete with Apple's smartphone but cater to a specific customer segment -- Millennials and younger Gen Ys who use technology to socialize with friends or follow celebrities. Microsoft describes KIN as "an experience for the social generation."

KIN "knits together a tight community of kindred spirits...who broadcast their lives all the time," said Robbie Bach, president of Microsoft's Entertainment and Devices division. Bach introduced KIN during an event early afternoon East Coast time. So there would be no confusion, he made the distinction of Windows Phone 7 being "everything on the phone." It's more multipurpose. By comparison, KIN is customized for social media consumers and pulls data from cloud services. "We're going to crank social up to 11," Bach said.

The home screen is all about social sharing and bears slight similarities to the Motoblur skin found on some Motorola Android-based smartphones. From the home screen, KIN users track social connections and updates and also interact with others. One key feature is the KIN Spot, which lets users drag stuff from the screen onto contacts for easy sharing.

Besides the built-in social sharing functions, the main cloud service feature is KIN Studio online, which essentially records -- backups, if you prefer -- in a live stream. All activity records on a timeline that can later be reviewed. That feature resonates with how the social generation (e.g., Millennials and younger Gen Ys) socialize.

"We call it lifecasting," Bach said. "It's like publishing a magazine of their life." From that perspective, KIN Studio promises much, because there is a clear record of the lifecasting via the timeline. "This social phone is about amplifying their lives," Bach emphasized. 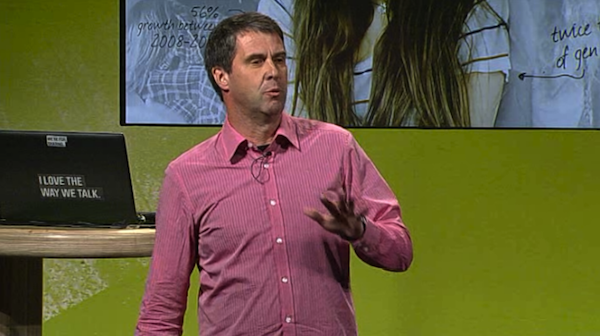 Three-quarters of US teens ages 12-17 have cell phones, according to Pew Internet. Twenty-seven percent of teens use a cell phone to go online -- 55 percent for Americans age 18-29.

During the early presentation, Bach talked about what the social generation wants in a phone. It's social, social, social. But Microsoft has talked social for more than five years. In 2005, before Windows Live launched, Microsoft product managers described their approach to online socializing -- with friends, family and coworkers forming concentric circles of relationships. Facebook hadn't publicly launched yet, and MySpace was the big social network. Zune represents Microsoft's first effort bringing social features to a portable device. The concept was right then and even better as demonstrated today. Besides keeping friends close, many Millennials and younger Gen Ys monitor celebrities on services like Facebook and Twitter. KIN users will be able to track both group separately. It will be interesting to see how Microsoft lets marketing partners tap into celebrity relationships.

According to a February 2010 Pew Internet report:

Seventy-three percent of wired American teens now use social networking websites, a significant increase from previous surveys. Just over half of online teens (55 percent) used social networking sites in November 2006 and 65 percent did so in February 2008...

Young adults act much like teens in their tendency to use these sites. Fully 72 percent of online 18-29 year olds use social networking websites, nearly identical to the rate among teens, and significantly higher than the 39 percent of internet users ages 30 and up who use these sites.

Microsoft has got the right idea. "They have high demands of the technology, and they're facile about using it," Bach said of the social generation. 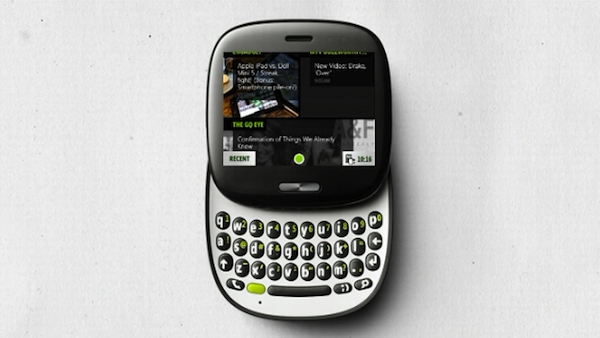 Based on Microsoft's review of initial features and hardware, KIN, which will initially be available in two models, has huge potential. KIN ONE sports a 5-megapixel camera and the KIN TWO an 8-megapixel camera. KIN Two records video in 720p (See full specs here). Both social handsets also fully support Zune software and service -- something too long coming but it's the right device to start. Additionally, Zune Pass subscriptions will be available on the phone, which at $14.95 a month for unlimited downloads should appeal to teenagers.

Something else, super important: Microsoft finally, finally, finally has made the big plunge of selectively choosing partners. For years, Microsoft has treated partners as essentially equal. Back in my analyst days, circa 2004, I started recommending that Microsoft play favorites. Microsoft demonstrated some favoritism with Toshiba and first-generation Zune. Today's announcement is another step forward, with Sharp producing KIN and Verizon acting as sole US distributor. Vodafone is Microsoft's European distributor. Verizon will begin selling KIN next month, but pricing wasn't released during Microsoft's launch event.

Today's event had a high brand marketing index. Phrases like "KIN, a phone to navigate your social life," or describing KIN Studio as a "time machine" are very Apple marketing-like. There was plenty of aspirational, marketing-loaded language. For the target consumer segment, marketing will be as important as the social features. If Verizon advertises KIN anything like the Droid, the phone would launch with more than adequate marketing support. The KIN logo is exceptional, by the way. 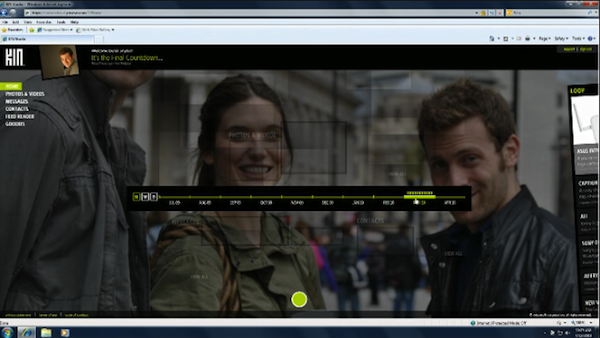 If there is any comparison to Apple's smartphone, it's what KIN does differently that iPhone doesn't -- even with coming release of v4 OS. Microsoft has hit Apple's weakest point: Social networking. Other than some social gaming features coming with iPhone OS 4, Apple has done little to aggressively embrace the social generation.

Today's KIN announcement is much bigger than I expect many Apple-obsessed tech pundits will regard it. Microsoft didn't invent the concept of social phones, just like Apple didn't create the tablet concept with iPad. But KIN is as significant a launch as iPad for bursting open a stagnant category. KIN may be the sleeper phone of the year.

22 Responses to Microsoft's next of KIN isn't iPhone