Is Microsoft KIN stud or dud?

Will you buy Microsoft KIN? That's my question for Betanews readers on this fine hump day of the week. Will you or perhaps someone in your family purchase KIN? The Microsoft smartphone -- in KIN ONE and KIN TWO versions -- goes on sale tomorrow through Verizon Wireless. I took the "KIN is good for teenagers" stance last month. Today, here at Betanews, Tim Conneally asserts "KIN is not just for teenagers." So there's another question for you: Who is KIN for?

Pricing isn't exactly tween budget friendly, since the lowest pricing -- $49.99 for KIN ONE, $99.99 for KIN TWO -- is only obtainable by $100 mail-in rebate, which comes as a debit card. That means the kiddies will pay 150 or 200 bucks out of pocket. Then there are the data fees -- $29.95 a month, which doesn't include texting (that costs 20 bucks more). Verizon's pricing is more like AT&T's for iPhone -- separate data and text -- but without the benefits.

To Verizon I blow a raspberry. It's absolutely shameful that unlimited texting isn't part of the KIN data plan.

I'd like to suggest that Microsoft soften the monthly money blow by offering new subscribers a free six-month Zune Pass. Let the kiddies drink from that $14.99/month well for free. KIN is the first handset fully supporting Zune software, store and services. It's a value-add many KIN buyers might not appreciate because of those other -- ah, nasty -- Verizon fees.

Early reviews aren't exactly good, heck, my teenage daughter didn't want one to replace her busted Motorola CLIQ. Damn, I had been so hopeful about a Microsoft branded handset, but I've not yet given up hope.

While using the One and Two we found ourselves consistently confused or surprised by how many bad little interface problems there are. Not only does the phone make it hard to do simple tasks -- and not only are the social networking features poorly implemented -- but the handsets are often sluggish, hiccupy, and downright crash-prone. We were told by the devices on more than one occasion that we needed to restart (while performing basic tasks), and often it would just throw us a blank screen while we waited for the device to come back from whatever tragic internal situation was occurring. It would be wonderful to say more good about the phone's UI -- but we just can't.

The real issue is that we cannot remember a phone in recent memory that has felt so cheap and so clunky to use. Seriously. For some reason -- and I am really not exaggerating here -- I do not remember ever being so frustrated with a phone. It is slow and far from intuitive...I'm sorry, but I don't see the advantage of a device this limited in this day and age.

The user interface is everything. For a company so full of talk about natural user interfaces as Microsoft, I would expect simplicity rather than complexity. 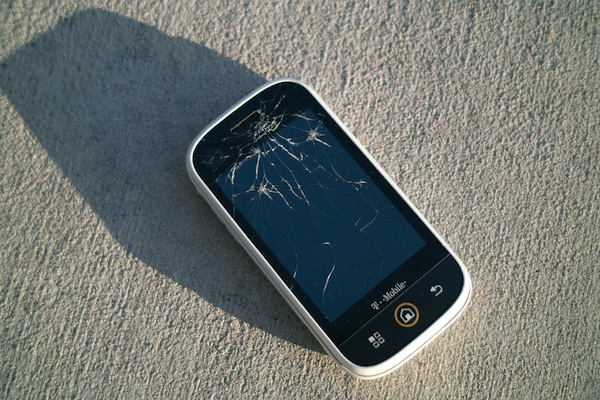 Over the weekend, my daughter's Motorola CLIQ slipped off her tote bag and fell about 30 cm to concrete. The screen shattered. We discussed new phone options, and I suggested the KIN, forgetting it's only available from Verizon. My 15 year-old is a meticulous product researcher (I am not). She came back with a definite "No" on KIN and a litany of reasons, including hardware design and the user interface. Ha, maybe my daughter should be consulting for Microsoft. She saw problems with the UI (stuff I didn't) without ever using KIN.

I expected KIN to be a stud, but early reviews raise concerns it's going to be a dud. Ha, what do reviewers know that you don't? So my question remains: Will you buy KIN? Please answer in comments. While doing so, consider something else: What if the UI really is clunky and chunky? What does that foreshadow about Windows Phone 7, for which Microsoft has invested so much? It can't be good.

There is something else for measuring stud or dud status and whether you or anyone else you know buys KIN: Marketing. Verizon is a crack marketer. If Microsoft and Verizon turn up the marketing volume -- and that has got to include lots of TV spots -- KIN sales could push past the device's shortcomings, which Microsoft presumably could fix with a software update.

15 Responses to Is Microsoft KIN stud or dud?