Mozilla turns up the fire, Firefox 4 betas to begin in June 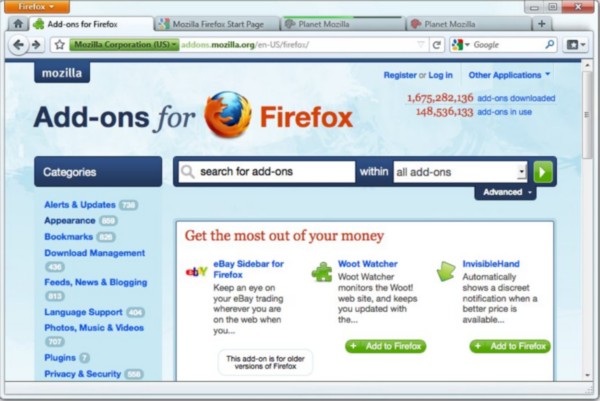 With competition in the Web browser field having transitioned from cold to boiling in less than a year's time, Mozilla suddenly finds itself playing catch-up against not only Apple and Google, but Microsoft as well. In March, the organization realized it needed to completely make over Firefox 4 if it wanted to remain feature competitive against a fast-rising Google Chrome.

In a live presentation yesterday, Mozilla Firefox director Mike Beltzner admitted that his group's March roadmap, which involved an interim release of Firefox 3.7, had too many steps. Now the group has decided to straighten out its path by grafting version 3.7's main additions onto a point release Firefox 3.6.4, and shifting gears to focus on version 4.0.

In Betanews' research, a well-used installation of Firefox 3.6.3 has crashed an average of six times per day. Analysis of these crashes using Microsoft SysInternals tools indicates that, in at least three out of six of these cases per day, Adobe Flash appears to be the "catalyst," to borrow a phrase, for Firefox's downfall; in two cases per day, Adobe's PDF Reader is the likely cause. The plug-in architecture originally planned for version 3.7, and now being implemented in the version 3.6.4 public beta, is designed to compartmentalize plug-ins on a per-tab basis. Our tests thus far have turned up initial evidence that Flash-related crashes have been contained by the 3.6.4 beta, although we're skeptical about its ability to contain Reader crashes as well. However, we do not yet have complete statistics.

Beltzner's plan does not actually accelerate the organization's roadmap, but rather cuts out a handful of the steps required for it to reach its goal. It still wants Firefox 4 shipped by the end of this year, and to that end, Beltzner has set mid-October as a target zone for Release Candidate 1. The first betas of Firefox 4 could be ready by the end of June, which actually means -- if history is any guide -- that the first alpha releases of the product (usually intended for developer feedback only, though publicly available) would need to launch within weeks, at the latest.

"In the past, I think we haven't gotten as focused around our beta rollout as I think we should have," Beltzner conceded yesterday. "We've always aimed it at early adopters; early adopters for our betas have never been a problem. We actually have a very rich beta audience; we normally get to around three quarters of a million to a million users for our betas, which is fantastic...But they are primary early adopters. So we see ourselves getting surprised when we release a product, and mainstream users start using it in a different way."

Mainstream user feedback was critical for Microsoft Office 2010, and an extended period for that feedback was necessary in order to enable bugs that early adopters would not have found to be discovered, and also for new feature suggestions to be culminated. Perhaps Mozilla discovered this as well, which is why it's annexing more time for the Firefox 4 beta out of what used to be the 3.7 project.

"We need to make sure that our beta this time is focused both on early adopters and mainstream users, so we're getting a good spread of data," said Beltzner.
From here, according to Beltzner's roadmap as of yesterday, the final Firefox 3.6.4 should be released "about the middle of next month," which translates on the calendar into next week. Mozilla has planned a 2010 Summit for the first week of July, and Beltzner wants the first Firefox 4 beta at least one week before then. The beta phase will be expanded to last over three months, with frequent public updates every two to three weeks. An API freeze is slated for mid-August, which is necessary for developers of plug-ins and other tools that interoperate with Firefox, to enable them to make their own plans. Then the UI freeze will take place in early September, so that documentation teams can take screen shots and expect them to be valid come October.

Beltzner needs differentiators that will help the new Firefox stand out solidly against Google Chrome, as well as a potentially resurgent Internet Explorer 9. He may have found some with respect to Firefox as a platform: With plug-ins already strong and with Web apps maturing into a self-sustaining industry, the browser can evolve to become more like a desktop. Chrome's architecture now enables plug-ins of a sort, but Google's penchant for minimalism at all costs makes each plug-in occupy a single icon in an address bar that quickly becomes crowded for space.

Firefox 4 will attempt to exploit that Chrome weakness by giving Web apps (ironically including Google Docs and Gmail) their own identity by way of its forthcoming "app-tabs" feature. There, online tasks can be elevated to permanent tabs in the tab bar, slimmed down to just icon size but still representing a common tool. This way CNET can be a bookmark, but Pandora can be a tool.

With Facebook becoming a "sharing center" on a scale few had predicted, and with Adobe and soon Microsoft deploying Web apps from the browser, it no longer makes sense for privacy and security policies to be relegated to "Internet zones" and "non-Internet zones" like in IE. Sensing that opportunity for differentiation, Firefox 4 will offer what Beltzner currently calls a Permissions Manager, where users set the sharing permissions that pertain to specific Web sites. As of now, it's merely a concept, which means Mozilla developers will have to work fast, now, to get a working model for Firefox 4's first alphas.

Determining that earliest part of the new roadmap will likely be the focus of the next developers' planning meeting set for later today.

Responding to questions about how he foresees Firefox 4's competitive stance against Chrome 5 and IE9, Mike Beltzner said, "We've built the Web ecosystem into the space that we've wanted it to be. [Compare] that to five or six years ago, with one player and no competition, nobody pushing each other forward. We're now in a space that's intensely competitive, and all of [us] pushing each other forward. We watch our competitors and our competitors watch us, and we are in it to win it...People who are working on Mozilla and believe in our mission should really feel that. It's no longer the case where it's all easy-win. There's hard work to be done here. We have to dig our heels in, and we have to make sure that we are the ones who are leading the charge here and keeping the Web open for users."

37 Responses to Mozilla turns up the fire, Firefox 4 betas to begin in June