I left a lightbulb on for one year straight, or: Why LED bulbs are about to change your life

I have left a lightbulb turned on for one year straight and I'm finally ready to talk about it.

Three years ago, I started tinkering with Light Emitting Diodes (LEDs). They're small, can be purchased for relatively little money, and require very little skill as an electrician to turn into fun toys. So little skill, in fact, that you can tape them to a button cell battery and they light up.

Along with circuit bending, LED projects are some of the most rewarding in entry-level electronics. They're cheap, they're energy-efficient, and on a larger scale have proven to be extremely useful.

For example, they're commonly found as backlights for televisions or as bulbs in handheld torches, but there has never been a really affordable LED replacement for screw-in household lightbulbs.

So when I started to see LED lightbulbs appear on the shelves of "big box" stores for as low as $2.60 per bulb, I jumped at the opportunity to try a widespread lighting upgrade. I had hoped these affordable LED bulbs would usher in an era of cheaper, more efficient household lighting.

Unfortunately, I immediately learned that it was not to be.

The 40 Watt bulbs barely put out enough light to even illuminate a closet. When I ran my first test at night with six bulbs going simultaneously, the 10' x 20' room was twilight at best.

Put a 40 Watt LED bulb next to a 60 Watt CFL bulb, and it's like comparing a match to a campfire. 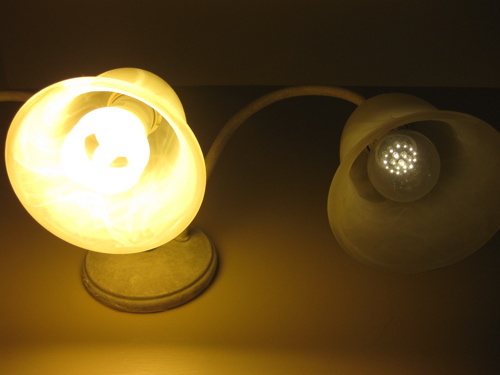 Worse than that, though, was that the light was not omnidirectional, and it was on the cold end of the spectrum. When I switched them on that first time, they formed small cones of cool, dim light instead of the warm, diffused spheres. Since then, I have found bulbs that utilize different LED arrays to address the directionality problem, but they were typically more costly per bulb and weren't tremendously brighter. 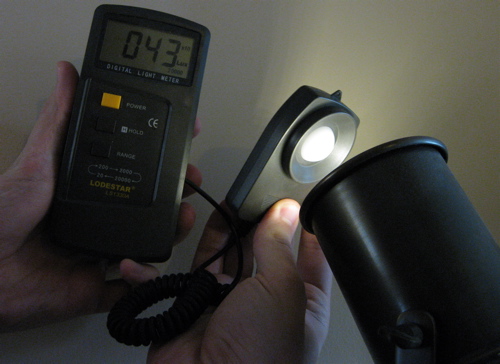 On the plus side, the bulbs only consumed 1.4 Watts of power. So I redistributed the LEDs into supplementary fixtures, and stuck one in its own dedicated spotlight marked "LEAVE ON FOREVER," to test its longevity and variance in LED color over time.

At an estimated 16¢ a year, I figured it was an expense I could afford. 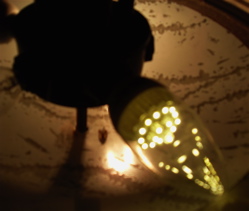 A couple of weeks ago, just a little more than a year into my experiment, Royal Phillips Electronics contacted Betanews to let us know they have finished the world's first LED "replacement bulb." That is, they have made the LED equivalent of the 60 Watt incandescent bulb found in half of the lighting fixtures in the world.

They said it is the "holy grail of home lighting."

I didn't say anything about my experiment. 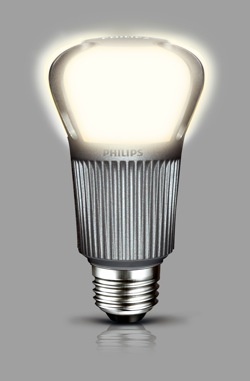 This is because their new bulbs are quite different from the ones I have been testing. Instead of a simple cluster of phosphor LEDs mounted in a plastic lighbulb-shaped casing, Phillips uses something it calls "remote phosphor" technology.

Similar to a fluorescent bulb in principle, Phillips uses blue LEDs to stimulate the phosphors on the outside of the bulb's shell. This means you cannot see individual LEDs, and the surface of the bulb is actually distributing the light.

"Of course, it's easy to produce this level of light with LEDs, look at car headlamps," Jim Anderson, Director of Innovation for Philips told me. " But to have it be as cost-effective and efficient as it is bright is the challenge."

"Heat management, for example, is a huge issue with bright LEDs. Ninety percent of the Watts in an incandescent bulb are radiated out as infra-red heat. But with LEDs, there is no infra red, so the heat must be conducted away elsewhere. You only have a small envelope to work within [for standard lightbulbs,] that's why there are heat sinks."

"You also have to provide consistent color and brightness from bulb to bulb and chip to chip, so we use a technology called Optiven to select the various LED color combinations and specific properties of phosphor," Anderson said. "This means we had to set up the supply chain in a way that would let us deliver the most consistent product."

"Consumers really don't care about the mechanics of their lightbulbs, honestly." Anderson confessed. "They just expect their new bulbs to do exactly what their old bulbs did."

Never mind the difficulty it takes to make this happen with an LED; and don't even ask about the added difficulty of making these bulbs compatible with all the different kinds of dimmer switches.

The bottom line is: If it's affordable, consumers will upgrade. Though Phillips said these bulbs will be released in retail in the fourth quarter of this year, the company has not arrived at the price at which they'll be sold.

"As with everything, cost is the main barrier to consumer adoption," said Anderson. "But what we're seeing are LEDs that are bright enough and efficient enough that more effort can be put into driving down the cost [of bulbs]. The industry is in a great position."

51 Responses to I left a lightbulb on for one year straight, or: Why LED bulbs are about to change your life