I was wrong about Apple iPad

The world does need an Apple tablet -- and perhaps others -- contrary to what I asserted in late January. Gloaters will circle my admission like vultures pecking a carcass, but that's the penalty for being wrong. Yes, I was wrong. I admit it. Flail me in Betanews comments or other blogs. Surely Macheads will peck away even my bones. Go ahead. I won't often give you such opportunity.

There's strange and unexpected timing to my admission, which since the weekend I planned to write today. Last night, I saw that my former boss and colleague Michael Gartenberg scathingly slammed Wired for iPad in an Engadget post. He's wrong, too. Wired was to be my main example for what iPad publishing should be -- at least from an immersive content perspective. Now I need to also rebut Gartenberg's pithy but misguided commentary.

Some quick background: I bought an iPad on April 17th; earlier, I gave 12 reasons why I wouldn't. One reason for buying outweighed the 12 for not: The need to test the tablet so I could write more authoritatively about it. Apple most assuredly wouldn't send me a review unit; I don't pucker up and kiss PR butt with loving soliloquies about how great are Apple products -- although this post is about as close as there may be for a long time. On May 24th, I sold the 64GB iPad to a friend for a little less than what I paid for it. He since bought two more iPads (one 3G). But I missed the iPad and couldn't quite say why at first. I didn't need the device. Functionally, iPad overlapped with smartphone and laptop.

I was wrong. On further reflection, I realized that iPad offers fresh functionality: Immersion. I find there are fewer reading distractions, and content is better presented than on a laptop and browser. I'm more focused and retain more of what I read. For reasons not easily explained, I find myself more thoroughly reading iBooks than defaulting to the skimming I sometimes do with physical books. Part of this immersive experience is the technology, but also how iPad is used. Apple's tablet is a sit down and focus device, as much because of size and shape as screen and user interface. The totality -- physical design and software benefits -- is immersion.

I'm reading Nicholas Carr's The Shallows: What the Internet is Doing to Our Brains, on iPad. (By the way, I purchased The Shallows e-book from the Amazon Kindle Store because the title wasn't available from Apple's iBookstore. Some advice to Amazon: Loosen up the kerning and line spacing; create more white space. Apple's e-books are much easier reads than are yours.)

Carr writes about how using the Internet changes us -- not just our behavior but neural wetware. All those hyperlinks and other visual elements, the pecking of tweets, RSS alerts, IMs and e-mail and the bouncy, bouncy skimming the survive of information via search engines fundamentally changes how we consume media and information. My experience is similar to Carr's, what I call "Internet Deficit Attention Disorder": Diminished concentration and attention span but better ability to process and coordinate smaller chunks of information. Has your concentration changed as your Internet usage increased? Carr backs up his claims with research, but personal experience is good enough for me. The Internet is immersive, too, but in a more fleeting and distracted way than, say, reading a book or magazine. 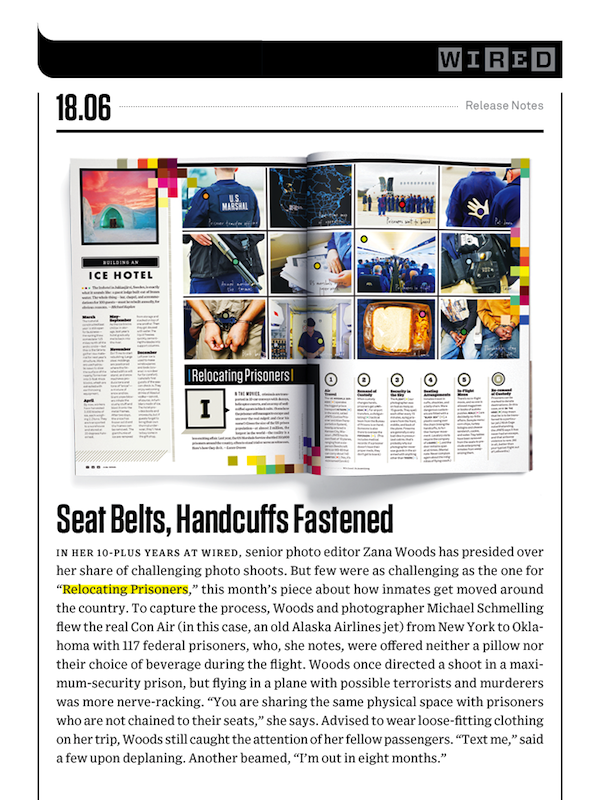 The iPad is a remedy for distraction while letting users reap the Internet's benefits. Apple marketing material makes audacious claims: "iPad is the best way to experience the Web" and "the Safari Web browser on iPad puts the Internet in your hands -- literally." Most any smartphone manufacturer, including Apple, could make similar claims. Surely, most anyone using a personal computer has experienced the Web. I initially dismissed these claims as marketing fluff, but on reconsideration actually see meaning to them. There is something immersive about consuming content on iPad that does change the Web experience -- and that of other media.

As I asserted earlier, the iPad's immersive qualities are part shape and design (how people hold the device) and user interface (software and services). Newspapers and magazines are immersive, mostly distraction-free reading, too. Look at how people read newspapers -- perhaps lounging over breakfast or during a subway commute. The newspaper's shape, which opens wide when held up with two hands, creates a barrier to the world while putting the content in the reader's face.

Wired for iPad is No CD-ROM

Immersion -- and this is something every media publisher wants of its consumers -- extends well beyond iPad's Web browser, which doesn't deliver the device's best immersive content experiences. Games and publishing apps are more immersive. Among the latter category, Wired stands out. The Wired magazine app shows what the future of electronic media can be: There is a clear delineation between Wired ads and content. The horizontal moving through the magazine but vertical scrolling of stories is inspired. I find myself more likely to read an entire iPad Wired story than one from Economist or Rolling Stone print (I subscribe to both).

From an editorial perspective, the reader is better able to immerse in the stories, while easily skimming among them. For advertisers, marketing material has more punch. It stands out better from editorial content. All this is lost on Gartenberg, who, granted, is not a media analyst. Neither am I, but I'm a journalist and I have worked as an editor overseeing freelancers, designers and pagination staff. Gartenberg likens Wired for iPad to CD-ROM publications of the 1990s. He writes:

CD-ROM versions of the publications hardly replaced their print counterparts. Content has since moved from optical disk to the Web, and now the allure of tablet devices has created a market for specific newspaper and magazine apps -- the number one paid app for iPad is a digital version of Wired, which sold about 1,000 copies an hour the first day it was launched. While it's a much better effort than some of the other efforts, more than anything Wired for iPad shows the weaknesses of media apps and demonstrates how the tablet remains a still-imperfect medium to deliver this type of content.

Wired for iPad is nothing like CD-ROM magazines, which failed for many reasons -- usability among the most important. CD-ROM magazines were slow, and they were cumbersome to use, because of extra steps, like inserting the disc, navigating the menus and waiting for response. They offered few benefits over physical publications, which could be picked up and opened in a single motion of the hand and arm and read anytime and anywhere. By comparison, electronic Wired is fast, responsive and can be read anywhere the iPad goes, and the device isn't bound to a location the way PCs were in the 1990s. But there remains the question of benefits. Gartenberg sees deficiencies:

Even though the content is digital, the reader loses most of digital content's benefits. I can go to the Wired Website, link to articles there on my blog, share them via e-mail or Twitter and use the power of the web to share and opine. The iPad edition offers none of that flexibility -- and it doesn't offer any of the flexibility of paper either. I can annotate my paper version of Wired, clip out articles, or even pass the entire magazine on to you and you can in turn pass it on to others. I can't do any of those things with the iPad edition.

Are these deficiencies or distractions? Media creators want consumers to immerse in their content. So, what? Gartenberg would change how theaters show movies? Rather than a single, uninterrupted showing of Avatar, there should be sharing options? "Text '5555' to share a video clip of this scene with Facebook friends."  Website sharing options are in many ways artificial constructs -- put there to feed the Google economy. If publishers didn't need traffic and pageviews to satisfy advertisers, most Websites wouldn't so prominently place so many distracting sharing options.

Media companies want to build audience, and I now see iPad's potential for doing just that. Immersion is a powerful intoxicant. As for Wired, Gartenberg and I agree on something: Price. Wired asks too much by charging 5 bucks for each digital issue. That's something easily changed by offering a reasonable, digital subscription price.

118 Responses to I was wrong about Apple iPad