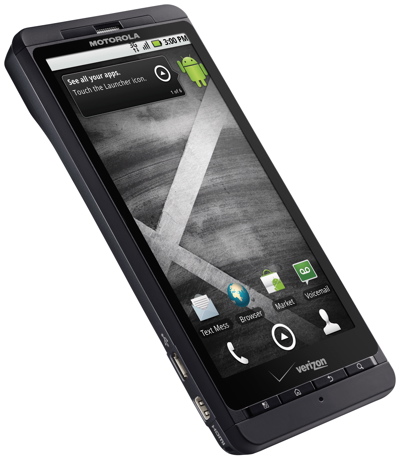 The Android community was looking forward to today like it was Christmas, and Verizon and Motorola delivered exactly what the community was expecting: the "sequel" to the popular Motorola Droid, the Droid X.
Advertisement

The Droid X is shipping on July 15 for $199.99 (after $100 rebate) with a two-year contract plus $29.99 smartphone service. The Droid X's mobile hotspot capability adds $20 per month for 2GB per month ($10 cheaper than Sprint charges for the EVO 4G) plus 5 cents per month overage. Anyone whose contract comes up at any time in 2010 can upgrade to the Droid X on its launch date.