The first two "active content" apps for the Amazon Kindle e-reader have been released for download, consisting of the word games "Every Word," and "Shuffled Row."

In the first weeks of 2010, Web retailer Amazon released the Kindle Development Kit to partners to begin work on interactive applications for the popular e-reader. Formerly, the Kindle platform supported only a very limited amount of interactivity, which included note-taking, highlighting, and later, the ability to send clips and quotations to social networks Twitter and Facebook. Early attempts at games for the platform had to be corralled into the device's experimental browser, which made for a poor overall experience.

With the KDK, developers were given deeper access to the Kindle's capabilities, which let them use the device for more than its standard e-reading functions. The first two games, released by Amazon Digital Services, showcase just a bit of what is possible with the e-reader. 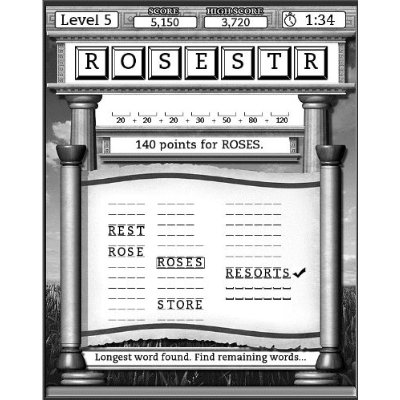 Both titles are based on common word games popular on Web game portals and mobile platforms such as iOS. Shuffled Row presents the player with an ever-growing list of letter tiles that can be used to spell out words. The longer the word, the more points it is worth. Every Word has the same premise as a number of games, like Text Twist, Chicktionary, or Letterblox. The user is presented with a group of tiles which can be arranged into a finite number of words, and the user tries to figure out as many of them as he can. 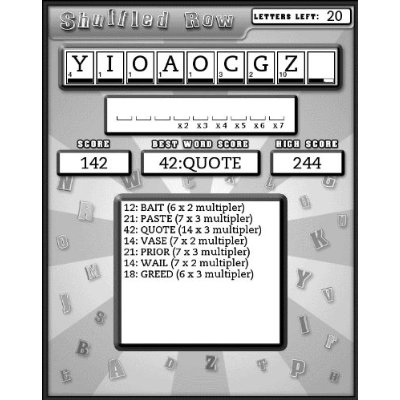 Both games are currently free, but are only available to U.S. Kindle owners so far. When downloaded, they show up in the user's library with an "active" tag in the margin, similar to the way PDF files are labeled. Furthermore, these titles appear to only be available on actual Kindle E-readers and not on the software platform for iOS, Android, Windows, or OS X.