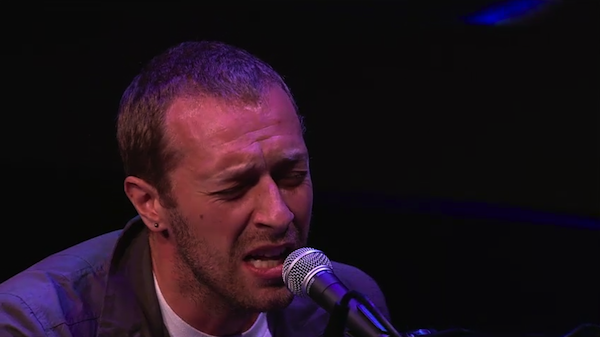 Apple's September 1 music event ended on a sour note. Coldplay's Chris Martin gave a tepid and pitchy performance that would have sent him packing from an American Idol audition. Michael Stanclift aptly tweeted: "This guy could have practiced before this gig." Martin, whose daughter is named Apple, seemed like the right performer for what was otherwise an outstanding event. While Martin muffed, Apple -- the company, not his child -- hit every key. Not since the first iPod nano launched five years ago has Apple delivered such spectacular new music products.

For the past week, pundits and rumormongers spewed forth the most ridiculous and seemingly sensible conjecture about what Apple would announce today. Nearly every rumor was wrong. There was a new Apple TV, but with no storage, no apps and no gaming capabilities. It's a Roku with a nicer design and streaming support for Apple services and devices, Netflix and YouTube. Yes, there are 99-cent TV rentals as rumored, but only from ABC and Fox -- and they're all HD. Otherwise, the rumors missed all the significant stuff, even the most important details about the new multitouch iPod nano. Who guess right about iTunes 10? There was no iLife `11 as rumored, among the other bits of mistaken reporting (and blogging).

By far, Ping is the biggest single announcement. "Ping is for social music discovery," Jobs said during today's Apple event. People can "sign up for Ping immediately." That "immediately" depends on when you can get iTunes 10, into which Ping is built. As I write, Apple has placed notice "iTunes 10. Coming Soon." on the download page. Based on Twitter chatter, some people have the software. But not me. So my first-take Ping analysis is based on the strategy and not actual usage.

Apple is a surprising latecomer to the social sharing/networking circus. Ping is but the first of the day's two entrants. The other is the new FaceTime-supporting iPod touch, which I predict will be a big seller this holiday. I tweeted during the event: "OK teens, will your new 'face' be FaceTime instead of Facebook?" I'll circle back to the "Why?" in a few paragraphs.

In watching Jobs' announce Ping, I suddenly time traveled, first to January 2001 and then to October of the same year. In January, Apple announced iTunes 1.0. In October, the first iPod shipped. Both product launches marked Apple's late entry into music products and services. The media software wasn't just about managing music but being able to rip from CDs and later sync to iPod. I time traveled because of what made the iTunes/iPod combo eventually successful: People already owned content. There was no need to buy more to fill iPod. Users could just rip from CDs they already owned.

PIng is somewhat similar. People already have the content around which they will interact with others. Similarly, Ping users (hereafter referred to as Pingers) can discover new music through social interaction with people who own music of potential interest. "Facebook and Twitter meet iTunes," Jobs said of Ping. That's an apt description.

Ping really is two services with intertwined objectives. The first is social interaction around artists, whose activities Pingers can follow. Artists post updates, photos, videos, playlists and concert information to their fan subscribers. I'm somewhat surprised that Fox is one of Apple's TV-rental partners, because Ping is quite likely a MySpace Music killer. Ping offers many of the same benefits, and music buying is just a click or two from discovery. If Apple and the artists are really smart, they'll use "Facebook and Twitter meet iTunes" feeds for making exclusive offers.

The second objective is around non-artists -- as in friends. Around them are three main points of discovery: following, and seeing what they're listening to; seeing what friends of friends are listening to; and who is attending local concerts. Additionally, the discovery feature produces music charts for people Pingers follow.

I see lots of potential in Ping, which integration into iTunes for Macs/Windows PCs, iPhone and iPod touch, make it a better fit than Microsoft's socially-oriented Zune. I'm a big fan of Zune, but too much of the experience is on the Web -- outside the core device/software/service. Apple has done what Microsoft should have: Created a more enclosed and sticky service. Pingers won't easily switch to something else, because of the iTunes enclosure.

Forrester Research analyst Mark Mulligan isn't as enamored with Ping as I am. He blogs:

This social functionality (which looks like the best of MySpace, Last.FM, Twitter and Facebook) will be a valuable way of driving music discovery. But it needs more. My guess is that within 12 months we'll see this upgraded with the resultant social data combined with Genius data to create a robust crowd sourced discovery tool.

Maybe, but there is something even more potentially powerful here: iOS devices and FaceTime. Artists can upload photos and videos to their Ping pages. Can regular Pingers do likewise? Since I still can't download iTunes 10, I don't have an answer. But what if they could use iPhone or iPod touch to shoot concert photos or video clips (short enough to avoid copyright problems) and post to their Ping feed? The tools are there. Only the connections are necessary.

FaceTime is potentially huge, separately and as part of the social iTunes interaction someone is sure to call Pinging. FaceTime and Ping are both social services, even if Apple fails to initially treat the video chat service that way. There's a synergy FaceTime and Ping share that Apple should exploit, and it's something competitors should copy -- even if badly.

Given just how much social sharing takes place around music and music events or those where music is a part (think any party), Apple could and should assemble together the hardware, services and software pieces placed before existing and new customers today. It's 2001 again and Apple is moving into territory occupied by others with something game changing. Apple came late to CD-burning, music software and MP3 players in 2001, just like it's following behind Facebook, Last.FM, MySpace Music, Twitter and many other social-oriented services today.

There was an earthquake in San Francisco today. The shockwaves will reverberate from iTunes 10, Ping, iPod touch and iOS 4.1. Apple is finally getting into social media. Perhaps it's fitting then that Chris Martin fumbled as a solo act. His strength comes from the group.

16 Responses to Steve Jobs: 'Ping is for social music discovery'