A lot of attention is being paid to Google Doodle logos with the company's impending press conference today, and the public's curiosity about the search engine's animated logos really paid off for one toy maker.

On September fourth, Google's Doodle logo was a celebration of the 25th anniversary of the Buckminsterfullerene molecule, a spherical allotrope made up of 60 carbon atoms which closely resembles the geodesic domes made famous by American Engineer Buckminster Fuller.

When users clicked the logo, it brought up a Google search for the term "Buckyballs."

But the first three results this search returns are not for the Fullerene molecule, but rather they are for a magnetic desktop toy going by the same name. That little curiosity earned the company more than $250,000 in orders that day, or more than 10,000 units. 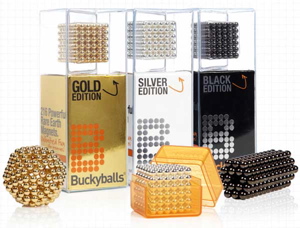 This is a clear indication of the amazing power Google has for driving traffic to top-listed sites, even if it is only through a silly coincidence.