What future does Apple have without Steve Jobs? 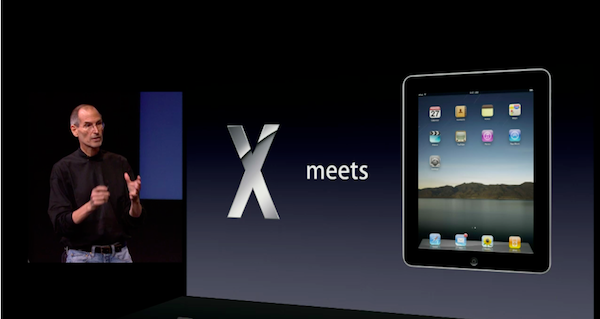 That's the question Mac commentators and fans will be asking today, with the announcement that Apple's CEO will take yet another medical leave. I want to ask the question of you. What future does Apple have without Steve Jobs? Please answer in comments or send e-mail to joewilcox at gmail dot com.

Jobs took his last medical leave two years ago this month. But there was a difference. Jobs planned for a six-month hiatus and returned during that time period, even after undergoing a liver transplant in April 2009. But today's announcement gives no time period at all, raising more seriously a question asked many times two years ago: Will Jobs return? It's one thing for Wall Street to see a finite medical leave, but something else when there is no end date in sight. Earlier fears ebbed as Jobs' return date approached. This time there is no end date.

Jobs' sudden departure is in body but not mind (he is still CEO and will "be involved in major strategic decisions for the company," according to an e-mail sent to Apple employees and publicly posted on the company's Website). But timing is foreboding and puts perspective around some recent events. For example, it was COO Tim Cook who participated in last week's Verizon iPhone announcement. News Corp. reportedly delayed launch of its iPad-only newspaper. Rumors had CEO Rupert Murdoch making the delayed launch with Jobs. That's unlikely now and reason again not to believe all the crazy rumors about Apple. That said, repeated rumors have Apple soon announcing iPad 2, something Jobs would normally be expected to lead.

"Last time he took leave, we didn't know how serious it was," Betanews reader rwalrond writes in comment. "Now we know. Steve isn't going to be CEO forever; if he's too ill to introduce a new iPad or iPhone can anyone else at Apple command the kind of attention Steve gets? This has got to be serious for Steve to leave now."

Commenter rwalrond effectively answers the question I'm asking of you: "Apple as a company will continue to be successful with or without Steve, we really need to turn our prayers to Steve in hopes that his health will allow him to leave a long happy life."

Apple chose to reveal Jobs' open-ended medical leave on a day when US stock markets are closed, which suggests someone there is concerned about how investors will respond. Markets are open in Europe, where Apple shares fell nearly 10 percent following the announcement.

Apple didn't just survive during Jobs' last medical leave, it excelled, particularly the stock, which rose from $82.33 on Jan. 16, 2009 to $163.39 on July 31, 2009. Shares reached a new 52-week high of $348.88 on Friday. But, again, Apple watchers and investors watched Cook's tactful running of the company with expectation the visionary leader would return. It's more uncertain this time.

Jobs' iconic status is indisputable, and he most certainly will have a place in the history books. But his future place at Apple is more uncertain than ever. It's time the company put in place a public succession plan, starting by getting Cook more visibility. In today's e-mail, Jobs expresses what anyone would want: "My family and I would deeply appreciate respect for our privacy." His privacy is one thing, Apple's responsibility to shareholders -- the company's real owners -- is another. Surely Apple can reassure investors about the future without jeopardizing Jobs' privacy.

So much about Apple is perception, because the company is so adept at marketing and managing perceptions. I'm asking you about Apple's future in part to measure Betanews readers' perceptions about the post-Jobs era possibly coming sooner than many people expected. But the responsibility for managing perceptions falls upon Apple's board of directors. To reiterate: They can always plan for Jobs' return while reassuring investors there is a succession plan.

So, again, I ask you:  What future does Apple have without Steve Jobs? Please answer in comments or e-mail joewilcox at gmail dot com.

52 Responses to What future does Apple have without Steve Jobs?