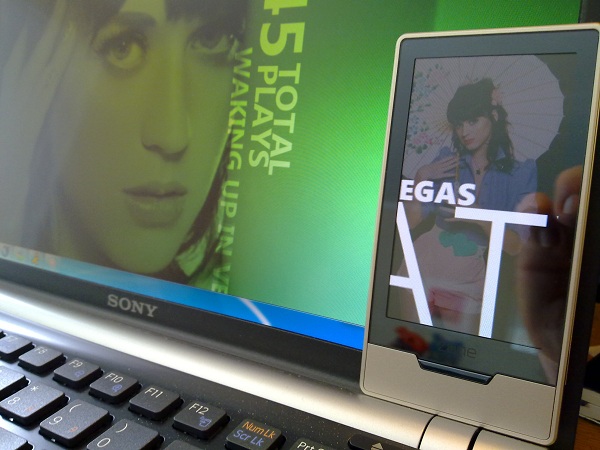 Earlier today, Bloomberg reported that Microsoft has unofficially killed the Zune music player. The company isn't officially saying yes or no, but based on a statement there's little doubt. I've read enough non-denials to know a tacit confirmation.

"We're absolutely committed to providing the best movies, music and TV show experiences through Zune on Xbox, the PC, Windows Phone 7 and Zune devices," according to a statement provided by Microsoft's outside PR agency responsible for Zune. "We'll share more information about the evolution of the Zune entertainment service and Zune hardware as future plans develop."

What's important is what's missing. The statement doesn't mention the Zune music player. Then there's the promise of future roadmap. Read it how you will, but my experience with Microsoft leads to only one possible interpretation: Bloomberg is right. Zune music player is dead.

1. Microsoft failed to make the necessary marketing commitment. Zune launched into a maelstrom of iPod fanaticism, in November 2006. Microsoft was right to differentiate Zune from iPod by its shape and colors (yes, even brown) and more importantly its "social" marketing. Zune hardware, software and supporting web services were a refreshing departure from iPod. It was the social hipsters versus the pod people -- or was supposed to be. Apple had been running iPod and iTunes commercials for years, unchallenged by any competitor. Microsoft needed to match and really exceed the noise to properly launch Zune. New brands don't launch into a vacuum, or if they do they often suffocate.

Zune never got the marketing support needed to establish the brand as viable alternative to iPod/iTunes. Yes, Microsoft did some advertising but not consistently or persistently enough. Had Microsoft marketed Zune as aggressively as Bing, Internet Explorer 9 or Windows 7, it likely would have sold many more millions of Zune music players.

2. There was no broad distribution commitment outside the United States. Not until nearly the end of Zune's life did Microsoft begin to make the music player available outside its home country. Meanwhile, music players from Apple, Samsung and Sony were available globally. Zune music player could never succeed while locked to a single market.

3. Microsoft's commitment shifted away from hardware to software. Zune software presents one of the most elegant and approachable user interfaces developed for digital content consumption. That happened quickly. "The v2 software is a marvel of simplicity," I wrote in January 2008, calling iTunes "bloatware" in the same paragraph. I glowed over v4 in a September 2009 review. Zune software quickly eclipsed the hardware, and that's saying much considering just how nice was Zune HD.

Software, not hardware, is Microsoft's core competency. The company was right to turn Zune software and supporting services into a hub for other products, like Xbox.

4.  Long-term commitment is to Windows Phone, which is right priority. Microsoft has rightly observed that the portable media player era is waning. Sure Samsung has some hot new Android-based media players and Apple sells plenty iPod touches. But smartphones are the future of mobile media. Microsoft has more to gain for itself, its content partners, customers, developers and OEMs by making Zune software -- on Windows Phone handsets, PCs and supporting cloud services -- the priority.

Notice my reasons have little to do with iPod. Zune could have been a successful product without being No. 1 in the market. Microsoft didn't make the necessary commitment early on that should have given Zune a fighting chance. Now Microsoft has shifted its commitment to Windows Phone handsets. So Zune isn't dead so much as entering its "third life," like the piggies in Orson Scott Card scifi classic "Speaker for the Dead."