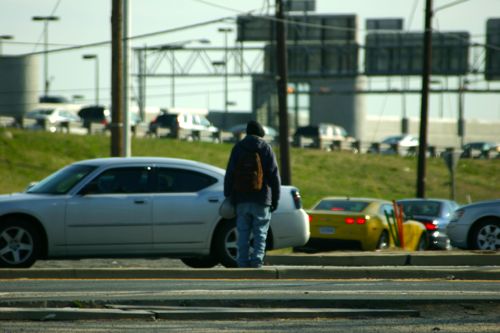 Though Washington DC is one of the most well-connected cities in the United States, there are few cities where the "digital divide" is more obvious. The infrastructure is robust, but at times it seems the beneficiaries of it are only on one side of the Anacostia river. A large proportion of the city's lower income residents remain woefully underconnected.

To address this problem, the DC local government is building the DC-CAN broadband network for the city's poorest areas and those where the broadband adoption rate is 40% or less.

"Broadband has the power to transform communities," Mayor Vincent C. Gray said at the groundbreaking ceremony in front of the Barry Farm housing projects in Southeast DC. "This project will bring affordable broadband capabilities to residents of the District, students and families, schools, libraries, community-based health and social service centers, and at our community college campuses. It also improves the ability of public safety workers to respond to emergencies, with bandwidth upgrades to Metropolitan Police and Fire and Emergency Management Services sites."

The DC-CAN program will serve approximately 250 anchor institutions in the underserved wards 5, 7, and 8, which will include 223 community college locations, schools, health care clinics, public housing sites, and senior centers, and 68 public libraries and public safety (FEMS and MPD) sites. Anchor sites will have network access up to 10 Gbps, and as the project progresses, it will begin to offer middle mile services of up to 100 Gigabits per second to Internet Service Providers (ISPs), local wireless projects, and local broadband retailers and entrepreneurs.

Service on the new network will be first available this summer to community anchors in Ward 8, the poorest and most disconnected of DC's eight wards. Later this year services will come to Ward 7, and then next spring they will launch in Ward 5.

"We can't and we won't leave behind communities like the one we're in today," said U.S. Broadband Technology Opportunities Program (BTOP) Director, Tony Wilhelm, referring to Barry Farm, the historic first black community in Washington DC. "With the investments we are celebrating, we can help close the digital divide once and for all."