AT&T makes you pay even more for iPhone 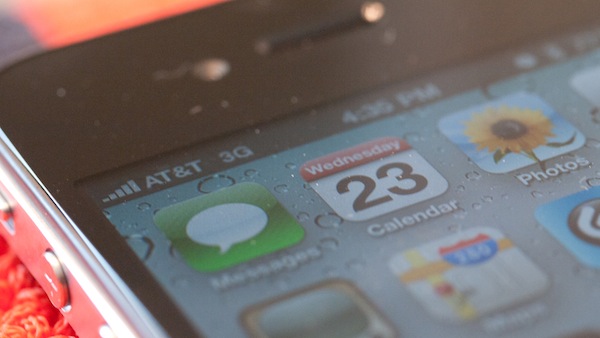 The rumors are true. AT&T has raised iPhone prices by 50 bucks for people who don't yet qualify for subsidized pricing. It's foreshadowing. Just wait until AT&T gets its grubby, greedy hands on T-Mobile subscribers. Can you say "price hikes" post merger?

OK, so the news really is much worse. The price increases apply to other smartphones, too. But I specifically checked on iPhone using my AT&T Wireless account manager this morning. Sure enough, the 32GB iPhone 4 is now $549, up from $499, for example. There's also $150-more pricing when opting for one-year contracts on some smartphones.

Android Central broke the news on April 1, but how could I accept something so shocking on April Fools day? Surely Android Central was yanking our collective chains. Damn, this is n-o-o-o laughing matter.

Verizon started selling iPhone in early February, and I was under the impression that, based on capitalist theories, competition should drive down pricing. Perhaps, Verizon iPhone isn't competition enough, eh? Or perhaps AT&T wants a cut of all those after-market sales. Someone buys iPhone for $499 and sells it for 700 or 800 bucks overseas. What's an extra $50 between AT&T and blackmarketers?

So why raise prices for other smartphones? Demand. According to ComScore, 69.5 million Americans owned smartphones at the end of February, up 13 percent from three months earlier. Many people can't wait to pay AT&T or other carriers more to get smartphones now and so doing commit their souls to another two-year contact.

So if you can't wait for your contract to expire, AT&T will take even more money from you.

I've got to ask: What do you think of AT&T's new smartphone pricing? Please answer in comments.