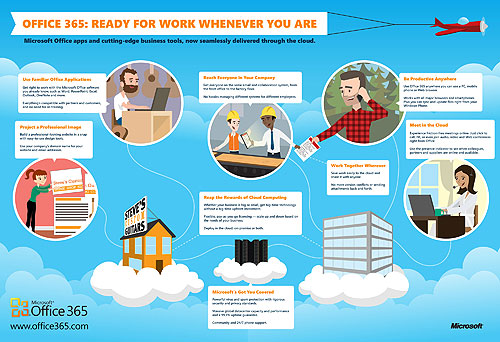 Two different plans are available in the Office 365 beta: Plan E3, which is designed for larger, IT-based organizations, and Plan P1, which is best suited for small businesses and organizations with 25 or fewer employees and no IT support. Though it can be scaled to larger organizations, Office 365 is meant to be a replacement for Office Live Small Business.

A new addition to the public beta is the Office 365 Marketplace. As the name suggests, this is an "app store" for Office 365 partner apps and services. When it goes live today, it will have 100 apps and 400 professional services available.