'Dog Wars' dog fighting app for Android: Here is what people are upset about

Over the last few days, there has been a significant amount of controversy stirred by an Android exclusive app entitled "Dog Wars" (with a parenthetical "Beta" tag.) In the Mafia Wars-style game, users are encouraged to train and fight Pit Bulls to establish their reputation as the most cruel and ruthless individual in the game's quasi-fictitious urban setting. 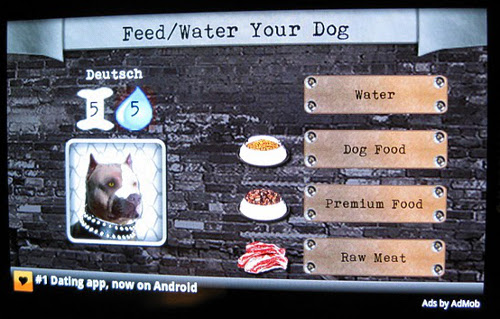 Gamers can pick from among several different character types which all share a generally negative description, including The Professional Football Player ("Growing up in the hood gave you the courage to become great on the grid iron. It also exposed you to some dark sports. Now that the days of scoring touchdowns are behind, you're looking for a thrill to fill the void,") and The Politician ("You've got enough dirt on local officials to almost get away with murder - and you live like it. The booze and women are just getting played out. Maybe it's time for a new hobby...and new enemies.")

Players must buy dog training supplies which include dog food, whistles, ropes, shock collars, steroids, and an array of firearms for fending off the police. Then, players must engage in the usual heinously repetitive gameplay peculiar to these type of games, which involves very little in the way of any animation at all and much in the way of button pushing and statistic building. 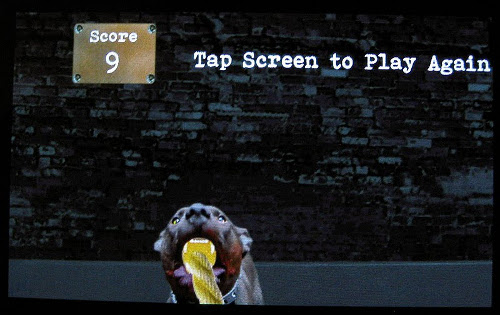 Two of the training games, shown above and below, include playing tug-of-war with your dog, and building the dog's strength by pulling a tractor tire. Arguably, the image below is the only graphical content present in the game that could be considered offensive. 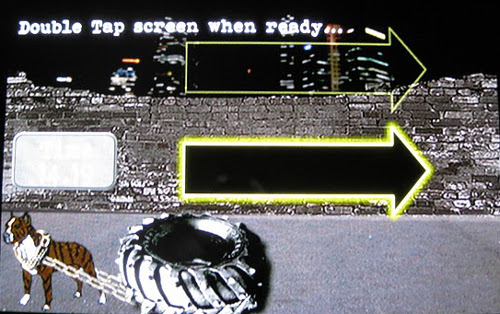 After players equip and train their dog, they can pit it against other players, either by challenging users that are listed as "available," or by accepting challenges from other users. 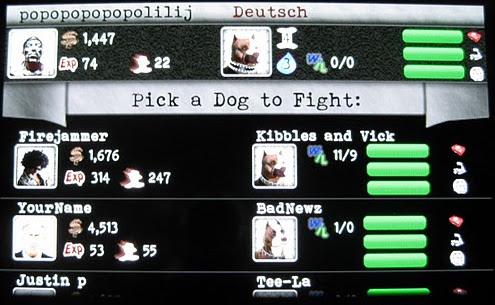 The actual dogfighting part is simply comprised of two still images of the two player characters. The violence of a dogfight is only implied by the green health meter, which decreases as the fight progresses. 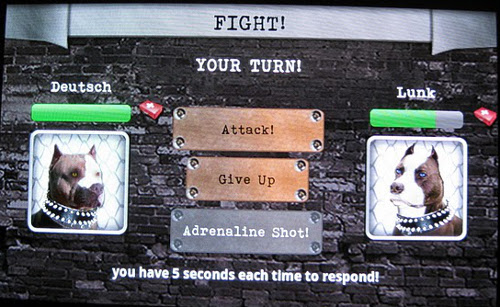 Each player has five seconds to perform an attack, to flee, or give their dog a shot of adrenaline. More actions, both in the fight and in training can be unlocked with more gameplay. 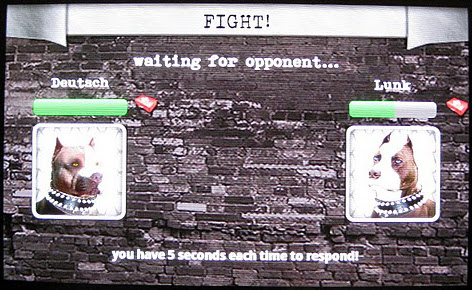 Though the game has been called "cruel and immoral", the violence exists only by suggestion. The primary complaint held by certain animal rights activists is that Dog Wars contributes to the misconception that Pit Bulls are inherently violent dogs.

UPDATE: The ASPCA responded to this article with a statement from Dr. Randall Lockwood, senior vice president of its Forensic Sciences and Anti-Cruelty Project group. "Anything that in any way appears to promote or condone the serious, violent crime of dog fighting is cause for concern. This 'game' comes at a time when public outrage and law enforcement concern about dog fighting is at an all-time high, and the public should make this outrage known to those who promote it."

30 Responses to 'Dog Wars' dog fighting app for Android: Here is what people are upset about