With PlayStation Network still down, will you switch to Xbox? 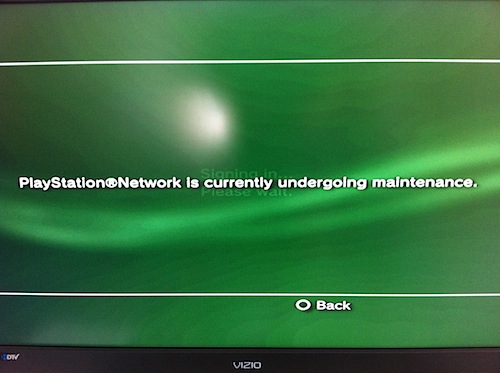 It's time to publicly pose the question that many of PSN's 77 million subscribers must be asking privately. Should they just give up and buy Xbox 360 and subscribe to Xbox Live, possibly giving up hundreds, even thousands of dollars, in games and peripherals? As the outage goes on -- 10 days now -- and the news grow grimmer, it's not unreasonable to wonder when enough is enough.

Hackers broke into PSN between April 17-19 and stole massive amounts of personally-identifying user data. On April 20, Sony voluntarily took down the network, after discovering the hack. The action may have helped prevent further data losses and allowed Sony, third-party security investigators and law enforcement to begin a forensic analysis of the hack. Meanwhile, Sony works to restore the service with improved security.

I've randomly picked comments from the many PSN outage stories to get the discussion going. They have been edited for grammar. "I wonder how many Xboxs will be sold because of this?" asks new Betanews commenter  iwannahackps3. "I am personally going to go out and buy one just so I have both systems in case this happens again."

"I am really considering changing to the Xbox 360 because it seems that PSN can't get their security right," writes jaybrader, another new commenter. "I am afraid that my credit card details and all my personal information may be unsafe."

One new commenter, kungfu_joe100, posted repeated "I HATE XBOX" or "I LOVE PLAYSTATION" comments to at least one Betanews story about the PSN outage.

The religious warfare among Betanews commenters about PlayStation 3 vs Xbox 360 is so fierce, it should be a role-playing game. Mac-PC or Linux-Windows debates pale in comparison to this. Title the game "Vitriol" and let gamers whack one another over the choice of platform. Or anything where people are polarized around two major brands. Seriously, with the emotion vented here, game play could be fierce and emotionally charged.

Betanews reader Noel Blackman questions the "priorities" of some PlayStation fans: "The hardcore PS3 community's biggest worry: Xbox. How diluted are these nut jobs? You should see some of the posts on the PS3 fanboy websites where they are begging and pleading with other members who are upset over Sony's incompetence -- it's actually quite pathetic. A couple members posted they have already purchased an Xbox 360 and are blackballed from the forums. What is wrong with you people?"

Xbox fans defended their console in Betanews comments, too, but with less ferocity, and that makes sense. PS3/PSN users perhaps feel more defensive with PSN down now for 10 days and Sony admitting massive loss of personal data.

"People, come on stop being little kids and fanboys about PS3 and Xboxs -- I mean if u can't wait until PSN goes bk online u have no life. I understand ur tired from work or whatever but if ur bored, play your games offline," writes new Betanews commenter meatwad123.

So, PlayStation 3 owners, will you switch to Xbox 360 and Windows Live now? Please respond in comments -- and answer the poll above. I don't have lots of hope the poll will accurately reflect anything with polarized fans possibly trying to game the results. But, hey, it's worth a try.

34 Responses to With PlayStation Network still down, will you switch to Xbox?