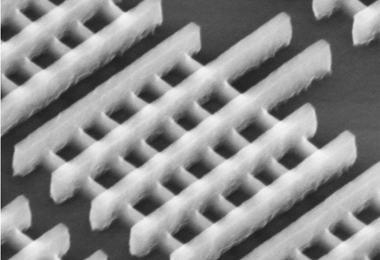 After more than a decade in development, Intel's three dimensional "Tri-Gate" transistor design will finally be used in a mass-produced microprocessor, the company announced on Tuesday.

Transistors are perhaps the most basic element of computer hardware. They are the physical mechanism that translates the ones and zeroes into "on" and "off" for the electrical current. In a basic transistor, the electrons flow in, encounter a "gate" that can act as a resistor if it has been told to do so, and then flow out.

As the name suggests, "Tri-Gate" transistors have three gates, stacked on top of one another like a multi-story building. Intel says this new transistor architecture results in a 37% performance increase at low voltage over 2-D planar designs.

"The performance gains and power savings of Intel's unique 3-D Tri-Gate transistors are like nothing we've seen before," said Mark Bohr, Intel Senior Fellow in a statement on Tuesday. "This milestone is going further than simply keeping up with Moore's Law. The low-voltage and low-power benefits far exceed what we typically see from one process generation to the next. It will give product designers the flexibility to make current devices smarter and wholly new ones possible. We believe this breakthrough will extend Intel's lead even further over the rest of the semiconductor industry."

Intel first unveiled this technology at the International Solid State Device and Materials Conference in Nagoya, Japan in 2002 on a 65nm processor. It wasn't until 2006 that Intel began to discuss production of the experimental transistor structure on a 32nm scale.