Who is dropping Dropbox over terms-of-service changes? 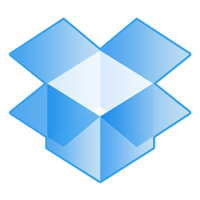 Not surprisingly, Dropbox's recent ToS changes have upset many users. In late April, I posted a poll asking people to describe their reaction to changes that would allow law enforcement access to some subscribers' Dropboxes. About 71 percent of respondents are unhappy with the changes.

The ToS revision was unexpected. Before the change, the service boasted that "Dropbox employees are unable to view user files." Now it's "Dropbox cooperates with United States law enforcement when it receives valid legal process, which may require Dropbox to provide the contents of your private Dropbox." Essentially, Dropbox strips off encryption when the cops come asking for access to specific user files -- or at least I should hope specific instead of broad fishing expeditions.

"Dropbox said they couldn't access your files and now they can," writes Betanews commenter Malcarada Volanga. "Dropbox can not be trusted about the claims they make, this is the main reason why I will not be using their services."

DaveN comments: "I would drop Dropbox over the fact that they've been lying to their users about encryption for all this time. I expect an online storage company to comply with legal warrants and subpoenas, but I won't do business with any company I don't trust to deal with their customers honestly."

Trust is certainly a big concern regarding cloud services. Can you trust the provider to protect your data and, as importantly, to not someday in the future change its privacy policies as Drobox has done. The poll is still open, so results will change but at post time, 43.27 percent of respondents are "really ticked off" about the terms-of-service changes, while another 27.91 are "kind of peeved" -- hence the aforementioned 71 percent. Those who are "not bothered" make up only 13.23 percent of respondents.

"If security is a concern, you shouldn't put your sensitive data onto public sites. Period." comments Betanews reader Greg Glockner. "Keep the files on your own devices...A provider like DropBox may pledge security, then change their terms of service at a moment's notice. This isn't specific to DropBox but to any provider."

Glockner sees a problem with encryption: "Saying 'I'll encrypt my data' only makes it even more attractive to thieves or law enforcement who will wonder 'why is this so important that it is encrypted.'"

"This isn't a matter of any attempt to hide criminal information," DaveN rebuts. "What I'm hiding is the same thing most of us probably hide -- tax returns, bank statements and other financial information, private correspondence with friends and family, etc. The issue is privacy, not hiding criminal activity."

Tomas Fjetland commented during his Easter Holiday last month. He planned to "sign up for Dropbox" on his return. Instead, "I'm spending the 'spare' time in the final part of my holiday designing a solution using my own servers located in various countries, with accompanying Windows and Android clients. If you want something done right, you've got to do it yourself." We'd love to hear how that project ended up, Tomas.

Longtime Betanews reader Robert Morris asks: "Does anyone have tips for how to encrypt, other than using some tool to manually encrypt and decrypt on a file-by-file basis? I don't have anything sensitive on mine, but I feel like this is probably a good idea for most people anyway."

Yes there is. Courtesy of our friends at Software Crew, earlier this week Betanews posted about BoxCryptor, which encrypts your data before uploading to Dropbox.

If you haven't responded to the poll please do. It's the first one above. The second is a new poll specifically asking if you will drop Dropbox. Please give reasons in comments.

21 Responses to Who is dropping Dropbox over terms-of-service changes?