If you don't read Betanews often, or don't really get a feel for my personality through my writing, allow me to give you a brief introduction that is also something of a disclosure of bias.

My name is Tim Conneally, I happen to own a television, computer monitor, and Android smartphone made by Samsung, and like 5,000 other lucky slobs, I got a Samsung Galaxy Tab 10.1 simply by being present at Google I/O 2011.

For me, this was exciting mostly because I received it before it was released to the general public and I could do some hands-on tinkering and writing on the subject, not because I had any desire for another tablet.

That said, I'm lukewarm on mobile tablets as a whole. The occasional tab-specific app will really grab me, but unlike many people I know, I don't feel my iPad has fulfilled any specific need, nor does it replace anything I already have to carry around for my job as a news reporter.

So now you know where I'm coming from. I may have an unconscious predilection for Samsung's display panels, I am not particularly enthralled by the Apple iPad, and I have a vast amount of experience with all manner of Android hardware.

With all this in mind, I've been using the Samsung Galaxy Tab 10.1 for several hours a day for the last 8 days, and have come to several personal conclusions about the soon-to-be released Android tablet which might help you when deciding whether or not you want to throw down upwards of $599 to buy one on June 8th. 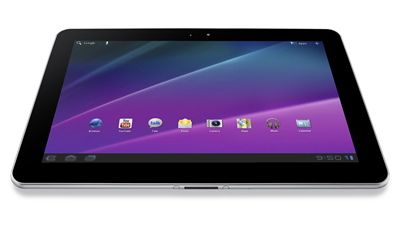 1.) This is the most gaming-friendly Android device I have handled. The combination of the balancing and overall thinness of the Galaxy Tab 10.1 make it very easy to hold and play with thumbs, and its light weight makes it easy to play held in one hand while the other swipes and pokes. The smooth plastic back is much less grippy than the Motorola Xoom, but the chassis just feels better in hand.

With the bigger screen size and powerful Nvidia Tegra 2 processor, games on the Galaxy Tab 10.1 run smoothly and agreeably. Granted, there are plenty of exceptions here, since the majority of games for Android are formatted for smaller screens, but titles like HeroCraft's Majesty and True Axis' Jet Car Stunts are a far cry from Android games as recently as one year ago.

2.) Honeycomb's browser compensates for certain Android app shortcomings. At this point in time, most Web-based services have apps on iOS and Android, so mobile phones can quickly and easily access their content without having to navigate through a mobile browser interface.

But in Honeycomb, the Android browser is basically Chrome lite, and very easy to use. Browsing is tabbed, bookmarks can be synched with Google Chrome, incognito mode is supported, and pages render quickly enough, although I have noticed slow and visible page rendering/redrawing on certain sites, depending upon the content there.

So for services like Facebook, whose Android apps are lacking some functionality, Honeycomb's browser picks up a lot of slack. 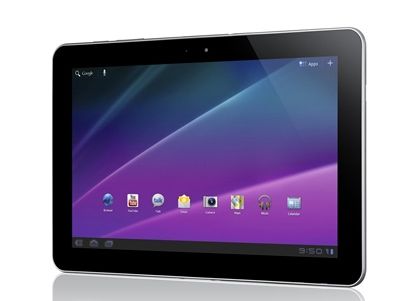 3.) Battery life is surprising. Android has a pretty poor reputation for energy efficiency, and getting a full day's use out of a single charge often requires conscientious tweaking of apps and access.

Now, it may be because the device given out at I/O was Wi-Fi only, but the Galaxy Tab 10.1 has exhibited a pretty strong battery life for me. Through one heavy gaming session where screen dimming was turned off for 5+ hours (on my flight back from San Francisco) the Galaxy Tab 10.1 kept a solid charge for 18 hours. With much more casual use (picking it up to look up something or check social networks) it has typically stayed up and running for 2 days. Style of use, type of application, and connectivity used will all have a varying effect on the battery life, but it has shown pretty good longevity so far, and Samsung says a charge can yield about 10 hours of continuous use.

4.) There's kind of an input/output situation. Like the iPad, the Galaxy Tab 10.1 has two ports: a headphone jack and a non-standard dock connector. In other words, there's no USB, no HDMI, and no SD. The PDMI dock connector will support HDMI, composite, and USB out, but this particular model came only with a USB/Power cord. 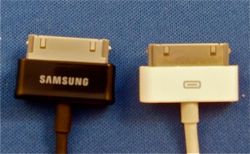 Because of the lack of an SD slot and no USB input, it sort of forces the user to handle media in certain ways, much like the iPad does. For example, users are more likely to use Google Movie Studio to edit video captured with the built-in cameras rather than try to pass video from their point and shoot or camcorder over to their tablet. Similarly, Mp3 organization is kind of screwy on the limited edition Galaxy Tab 10.1 because it's got the Samsung Music Hub (powered by 7digital), Amazon Mp3 and also the Google Music Beta app all pre-loaded. Each one of these offers a cloud-based storage locker and media player, so it is up to the user to decide which service he wants to use. Unfortunately, I have content spread across all three, but I tend to favor Amazon's offering because it has the deepest roots in Android.

5.) Samsung display (potential bias) - The Galaxy Tab 10.1 has a 1280 x 800 resolution backlit LCD screen and not the Super AMOLED that is common among the Galaxy S series of smartphones. Still, of the Android tablets that I have used (Xoom, LG/T-Mobile G-Slate, Nook Color, and a slew of various no-branders) this has the sharpest look to it and is one of the strongest qualities of the device.

I've said it before. In the end, my work life cannot accommodate a tablet, but purely for entertainment and media consumption, the Galaxy Tab 10.1 is highly satisfying and if it is upgradeable to Ice Cream Sandwich later on in the future, it's an even more promising piece of gear.

16 Responses to An honest appraisal of Samsung's Galaxy Tab 10.1