Which Windows 8 version will you buy? 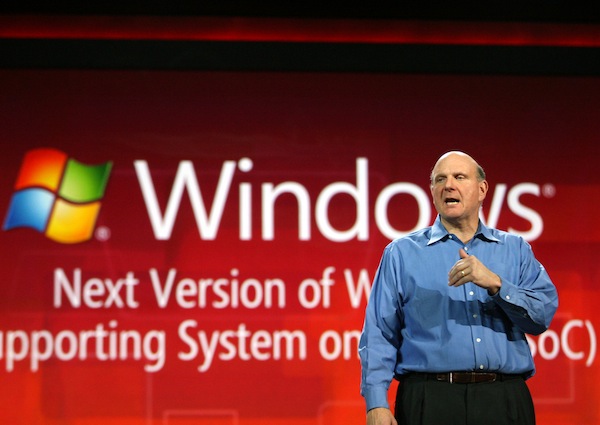 That's a question many customers may ask, if a report from Bloomberg proves to be right: There will be at least five Windows 8 editions -- four for ARM processors. Bloomberg quotes Intel's Renee James, from a presentation given earlier today. It's not exactly Intel's place to be revealing Microsoft Windows versioning plans, which is reason enough to question the claims. But, hey, the duopoly is called Wintel for a reason.

Microsoft has already announced that the next Windows version will support ARM processors. So it's unsurprising that Windows 8 might fork down separate ARM and x86 paths. For the purpose of this story, I'm calling it Windows 8. But Microsoft hasn't announced or seriously hinted at the nomenclature. You can take the name or leave it.

"The version designed for Intel chips will run older Windows programs," according to the story by Ian King and Dina Bass. "The ARM versions won't run older programs, [James] said. They will be tailored to mobile devices and tablet computers and there will also be a version for Intel chips to address that market."

Multiple versions is risky from a marketing perspective. Microsoft has been down this branding path before, moving from two XP editions to six for Windows Vista. Do you remember the confusing branding? They were: Home Basic, Home Premium, Ultimate, Business and Enterprise. Windows 7 drops the editions to four five: Starter, Home Premium, Professional, Ultimate and Enterprise (It's so confusing I left out Pro and added it after commenters complained). That's still at least two versions too many from a branding perspective. It's confusing to customers having so many choices for PCs that are essentially the same. (It's worse in Europe where trustbusters require Microsoft to carry additional "N" editions).

Microsoft's version/edition strategy attempts to create more differentiation, which the market struggles to do when there is a monopoly product. Microsoft seeks to generate more excitement around Windows and more differentiation among the kinds of computers sold to consumers or businesses. But that really hasn't happened after two Windows versions with multiple editions, because the feature differences are arbitrarily chosen by Microsoft rather than dynamically by the market.

Differentiation typically drives competition, hence the number of toothpaste varieties. But Windows isn't toothpaste, because one product essentially owns the x86-based PC market. You can't sell Windows the same way as toothpaste, by trying to artificially create differentiation where it doesn't organically exist.

That said, there is a case for Microsoft choosing a multi-edition strategy for Windows 8 -- as long as it's not carried too far. Three reasons stand out:

1. Microsoft will support another chip architecture. That changes everything. Windows will be available on more than PCs and in categories where the market already has created differentiation based on form factors. It makes more sense for separately branded Windows editions for these devices, than for today's PCs. Microsoft will need to educate buyers about Windows' benefits on more devices. That said, such approach still risks creating brand confusion and even conflict -- the device manufacturer's brand versus Microsoft's. A single "Windows Powered" brand would be easier to market.

2. Today, personal computing is as much about devices as PCs. Smartphones and tablets (despite Microsoft's earlier efforts) were nascent categories when Windows Vista launched for businesses in late 2006. Now smartphones and tablets are seemingly everywhere and gaining market share fast. Analyst estimates put smartphone sales around 100 million units this year, globally.

3. There is real competition in the device categories where Windows 8 will operate. The iPad has a huge early lead in the media tablet category -- 80 percent-plus share, by most analyst estimates -- with Android looking to take a bite out of Apple's share. Android smartphone sales surged 888.8 percent in 2010, according to Gartner; last week Google said there are now 400,000 Android activations a day. If there's a place for tech toothpaste-like differentiated Windows editions, ARM is it.

But Microsoft should still be careful not to overdo its Windows 8 editions strategy, from a branding perspective. Windows 8 Home Tablet Edition for ARM Processors and Windows 8 Home Edition for Intel Processors -- coupled with Ultimate or Business Editions -- is a way-wrong approach. Simple nomenclature and fewer named editions would be more sensible.

As for the accuracy of the Bloomberg report, I don't doubt what James said. I do question whether Microsoft has decided its branding and marketing plans -- unless Windows 8 is shipping sometime in the next couple of quarters.

41 Responses to Which Windows 8 version will you buy?