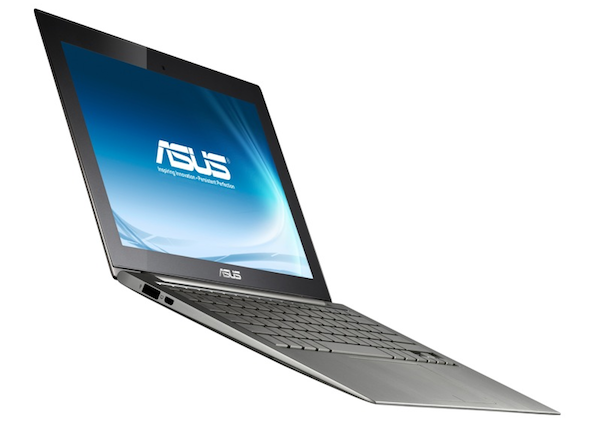 With the new Ultrabook, Intel seeks to bring together the best qualities of laptops with those of tablets. It's an evolution long-time coming. Finally, near Instant-On and all-day battery life capabilities may reach the masses.

Years ago, I sat on the advisory council for Microsoft's hardware engineering conference. At one of the meetings, the group was jotting on the white board a laundry list of Windows WOs: Wake-On-LAN, Wake-On-Timer, Wake-On-USB, and so on.

I found it ironic that, while we were discussing the emerging power management initiatives, many of us were obsessively tapping the spacebar on our laptops to keep them from falling asleep, because we knew the odds of resuscitating them were not in our favor. "What about Wake-On-Resume?" I asked. Everyone laughed.

Not so funny, though, when you consider that this fundamental failure was cutting into the PC business bottom line. Around the same time, the Palm Pilot was bounding onto the scene. The Palm, along with the PDAs that followed, was successful precisely because it offered what its bigger, more powerful and more expensive counterpart could not: reliable, instant access to personal data away from the office.

PDAs were pure companion devices. They were an extension of the PC, putting some basic information from the computer into your pocket. Indeed, you'd be hard-pressed to find a PDA owner who didn't also have a computer. So PDAs weren't stealing sales. But they were vying for the same funds that otherwise might have been spent on a new PC.

Sound familiar? It should. There are myriad opinions these days as to how the emergence of tablets is affecting the PC market, but most everyone agrees that tablets are cutting into the PC's slice of consumers' budgets.

I've said for years that portable electronics equilibrium stands at two devices: one in the pocket and one in the bag. When more than two exist, it's due to some deficiency on one or both primary devices. That would certainly explain why PDAs aren't around any more, having gone the way of the serial port they used to pair with the PC. The category died primarily because everything PDAs could do can now be done by the phones in our pockets. So riddle me this, Batman: if that's true, then why are so many of us are still carrying digital music devices, even though our cell phones can do everything they can?

It's also due to a shortcoming, but a far more subtle one than Wake-On-Resume. Specifically, enjoying digital media undermines the primary purpose of a phone, which is to sit in your pocket all day, at the ready to handle calls and texts. Media playback draws down the battery far faster than the phone's anchor apps. Those of us who still carry MP3 players aren't willing to sacrifice all-day communication for the sake of entertainment. In contrast, PDA functions like calendar, contacts and to-do lists barely make a dent in power consumption.

With that as a backdrop, it's easy to see why e-readers and tablets have found a ready market. Notebook PCs can do everything these new companions can. But consumers aren't going to burn precious notebook battery life on reading for pleasure -- and they sure aren't going to curl up in bed, reading on laptops that are plugged in.

Just as the PDA alerted the PC ecosystem of the urgent need to fix Wake-On-Resume, so is the tablet's popularity spurring action. Microsoft is adding touch to Windows, and PC makers are getting more creative with their designs.

At Computex today, Intel unveiled the first Ultrabooks, the by-product of a new initiative aimed at squeezing PC-class performance into a cool, paper -- thin form factor that lasts all day without recharging. Make no mistake, the importance of this initiative for the PC market can not be overstated.

I firmly believe that another boom is in store for the laptop market once these and other facets of the initiative -- like Instant-On, for example -- are delivered. In fact, I would argue that if the ecosystem had tackled these hurdles years ago, tablets never would have come to be. Ditto for PDAs in the '90s.

But that's all water under the bridge now. As far as future prospects are concerned, one thing's for sure: for all the PC's faults, Wake-On-Threat is one WO initiative that appears to be working just fine.

42 Responses to What's the big deal about Intel Ultrabook?