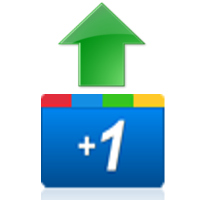 Google's Facebook "Like" clone +1 took another step towards becoming exactly that on Wednesday as the company said it was now allowing web publishers to place the button directly on their websites.

Previously, +1 was only a feature within Google's search engine that allowed users to 'upvote' results as a method of approving of their relevance. With the expansion of the functionality, it would now include votes from users directly on those pages as part of those totals.

While some may see it as a way to turn Google into a search popularity contest of sorts, the company itself argues that it would make the "+1's" more relevant. To ensure the feature gets off to a good start, the search giant has partnered with some major websites to include the button on their pages.

Those partners include Reuters, The Huffington Post, Best Buy, Mashable, and Bloomberg among others. The fact that the +1 button will now appear on some e-commerce sites seems to suggest that some may use it as a way to increase sales through social sharing of their products.

Google invited webmasters to visit its +1 webmaster site for assistance in adding the button to their own sites.

In related news, Google said that it was continuing to roll out the +1 functionality to users of its English-language site. No timeline was given for when all searchers would have access to the functionality, although a user would need to be logged into their account in order for it to appear in searches.