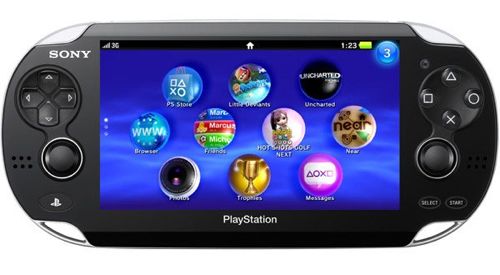 Shown in early previews as "NGP" or "Next Generation Portable," Sony officially announced the PlayStation Portable's successor will be called PlayStation Vita, and it will be available with AT&T 3G connectivity.

Sony's new portable combines the traditional dual-analog gamepad interface with a smartphone-like capacitive OLED touchscreen, and adds a rear-mounted touchpad, and sixaxis motion sensors for a versatile gaming experience. It is also equipped with a quad-core ARM Cortex A9 processor and an SGX 543MP4+ graphics processor.