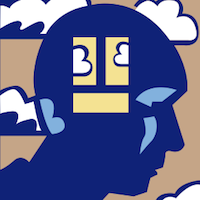 If your business isn't spending big on cloud computing perhaps it should, or will. Today, IDC forecast that public IT cloud spending would reach $72.9 billion in four years, up from $21.5 billion in 2010. That works out to 27.6 percent compound annual growth rate, which the analyst firm applied to five categories.

Those categories -- applications, application development and deployment, systems infrastructure software, basic storage and servers -- will account for nearly 50 percent in new net growth on IT spending, not just cloud computing, IDC claims. Software-as-a-service will account for about three quarters of public IT cloud spending.

"Cloud services are interconnected with and accelerated by other disruptive technologies, including mobile devices, wireless networks, big data analytics, and social networking," Frank Gens, IDC chief analyst, says in a statement. "Together, these technologies are merging into the industry's third major platform for long-term growth. As during the mainframe and PC eras, the new platform promises to radically expand the users and uses of information technology, leading to a wide and entirely new variety of intelligent industry solutions."

Why can't these analysts speak something other than gobbledegook? What he could have said: IT organizations will offer employees access to data and tools anytime, anywhere and on any device. It's the post-PC era, folks, where the new applications stack is cloud-connected mobile devices. That will be done both through public- and privately-hosted cloud services.

IDC is making some bold claims, too. The analyst firm claims that cloud computing will drive growth in the IT industry for the next quarter century. Seriously, that's the claim. "With spending for public IT cloud services growing at more than four times the rate of the worldwide IT market as whole, IDC expects one of every seven dollars spent on packaged software, servers, and storage offerings in 2015 will be related to the public cloud model. Moreover, the winners of the cloud platform wars will likely be the new power brokers of the IT industry."

New power brokers? Like whom? Google Chairman Eric Schmidt's "gang of four" -- Amazon, Apple, Facebook and Google? I'm a big fan of cloud computing benefits, but new power brokers in four years and landscaping-changing for 25 years are the kind of predictions I might expect from the psychic reader living down the street. For example, what if security concerns chill cloud computing advances? There sure have been lots of hacks and data thefts from cloud services recently -- Citi, Sega and Sony among many others.

IDC sure has made some big predictions about 2015, but this one outclasses Windows Phone achieving second place in global smartphone OS market share, based on shipments.

What do you think? Will the cloud so rain on the traditional IT software, services and hardware market as IDC claims? Please answer in comments.