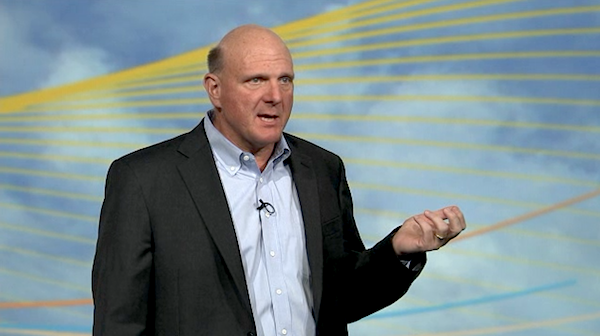 Today, Microsoft made official its most important push into the cloud, ever, with release of Office 365. The software giant took off the beta moniker and released final pricing ahead of a New York launch event with CEO Steve Ballmer.

Office 365 combines Microsoft Office, SharePoint Online, Exchange Online, and Lync Online into a single cloud-based package that is scalable from small businesses to large enterprises, with a per-user license cost depending upon the volume of users. The new service is available immediately in 40 countries.

With the beta moniker off, people wanting to test Office can choose from a couple of trials: The $6 plan; the $24 plan.

From the perspective of perserving Microsoft's legacy stack and extending customers' existing investments to the cloud, Office 365 is strategically even more important than Azure services. However, there likely wouldn't be an Office 365 if not for Azure or hosted server software versions.

Yesterday, Google's Shan Sinha made the case for Google Apps: "Technology inevitably gets more complicated as it gets older. Upgrading platforms and adding features results in systems that are increasingly difficult to manage and complex to use. At times like these, it's worth considering a clean-slate: an approach based on entirely modern technologies, designed for today's world."

But many companies don't want something new. Starting over is risky business. For companies heavily invested in Office, whether part of their IT systems data and business flow or access to legacy data, Microsoft's hosted app suite allows them to embrace the cloud without giving up what they've got.