Google+ is victim of its own success 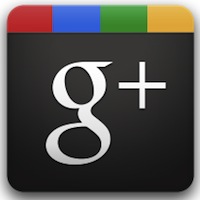 I should have followed Vic Gundotra, Google senior vice president of engineering, sooner on G+. Otherwise I wouldn't have missed his post about yesterday's Google+ glitch. One of the servers supporting the service ran out of disk space! He apologies for the resulting "spam".

"For about 80 minutes we ran out of disk space on the service that keeps track of notifications", Gundotra writes. "Hence our system continued to try sending notifications. Over, and over again. Yikes. We didn't expect to hit these high thresholds so quickly, but we should have".

I wonder about that "we should have". I'm starting to see a critical mass of my friends on Google+ -- people who aren't usually the earliest adopters, either. A week ago, I blogged here: "Google+ is a marketing sensation". The emerging social network is buzzworthy, and it's well-deserved. Maybe Google is being too generous processing invites?

Some of the comments to Gundotra's post are worth a Sunday evening chuckle:

Chris Weaver, managing editor allGeek.tv: "I have an extra hard drive if you need one btw".

Googler David Bloom: "Remember: If you miss the spam, you can get it back by commenting on a Vic post! :)".

Leo Wandersleb: "LOLed rather than getting angry. same guy joined my circles 12 times".

4. Say it won't happen again or, at least, remind them it's a beta and you're improving from the errors

5. Don't let them forget you're sorry

Gundotra's response was quick, to the point, conciliatory and informative. Granted, if Google+ was live and available to millions of users rather than to select folks invite-only, the outage would have been more serious and the tone of the post you're reading probably not as polite. For now, Google's reaction matters more.

16 Responses to Google+ is victim of its own success