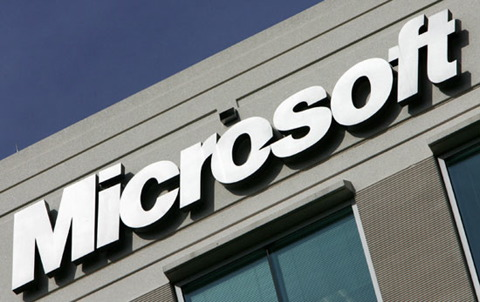 Average consensus was $17.25 billion revenue and 58 cents earnings per share, for the quarter. Revenue estimates ranged from $16.7 billion to $18.25 billion, with estimated year-over-year growth of 7.5 percent. So Microsoft topped the Street.

"Throughout fiscal 2011, we delivered to market a strong lineup of products and services which translated into double-digit revenue growth, and operating margin expansion" Peter Klein, Microsoft CFO, says in a statement "Our platform and cloud investments position us for long-term growth".

For the third quarter in a row PC shipments hung like a shadow over Microsoft results. A week ago, Gartner and IDC reported weaker-than-expected demand during second calendar quarter, which coincides with Microsoft's fourth fiscal quarter. The overall global PC market grew a tepid 2.3 percent year over year, according to Gartner, down from its earlier 6.7-percent growth projection. IDC put growth at 2.6 percent, slightly off its 2.9-percent estimate. By comparison, US PC shipments were disastrous, falling 5.6 percent year over year, according to Gartner, and declining 4.2 percent by IDC's reckoning.

"After strong growth in shipments of consumer PCs for four years, driven by strong demand for mini-notebooks and low-priced consumer notebooks, the market is shifting to modest, but steady growth", says Mikako Kitagawa, Gartner principal analyst in a statement. "The slow overall growth indicates that the PC market is still in a period of adjustment, which began in the second half of 2010".

Slow PC shipments sapped the Windows & Windows Live division yet again, with revenue down 1 percent during the quarter and down by 2 percent for the year. The bright spot: Collapsing netbook sales means Microsoft makes more profit for every copy of Windows sold.

For the year, Windows sales to businesses grew by 11 percent compared to fiscal 2010, but fell 1 percent to consumers. For the year, netbook sales declined by 32 percent, precipitating sluggish consumer sales. Microsoft estimates the global PC sales grew between 2 percent and 4 percent during fiscal 2011.

It should be noted that Microsoft is successfully shifting the mix of Windows sold through annuity contracts. The longstanding number is 80 percent through OEMs. But it's now 75 percent. The change likely reflects Windows 7 Enterprise being only available through Software Assurance.

Microsoft estimated that 40 million PCs were sold to emerging markets during fiscal Q4, representing half of all global PC sales.

Server & Tools. Revenue rose about 12 percent year over year and income by operating income by 14 percent. The division is insulated against economic maladies, because about 50 percent of revenues come from contractual volume-licensing agreements.

Microsoft offered some early figures on Office 365, its hosted productivity suite, which launched during the quarter: