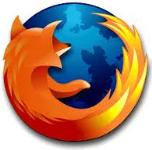 Do we really need another browser-based operating system? Chrome OS isn't enough? That's the gist of Mozilla's "Boot to Gecko" -- or B2G -- proposal.

"Mozilla believes that the web can displace proprietary, single-vendor stacks for application development," according to the B2G project page. It's similar to Netscape's goal in the mid- to late-1990s -- the browser should replace the operating system as development platform. Microsoft squashed Netscape like a bug, preventing that ambition, contributing to the browser developer's demise and setting off major antitrust cases on two continents.

"To make open web technologies a better basis for future applications on mobile and desktop alike, we need to keep pushing the envelope of the web to include --- and in places exceed --- the capabilities of the competing stacks in question," according to Mozilla.

Timing is the problem. Transition to the new applications stack is already well underway, moving from Office-Windows-Windows Server to cloud-connected mobile devices. There, a battle already rages -- mainly between Apple and Google (and somewhat Microsoft, too) over whether applications or the browser will top the new stack. Apple and Google have opposing worldviews regarding the new app stack: Closed/tightly controlled versus more open/loosely controled and applications versus browser centricity. Apple wants apps to rule and Google the browser.

Chrome OS is part of Google's browser-centric approach -- and it's here now. What Mozilla proposes will take years to bring to market -- and likely not before the mobile apps versus browser wars are long over. It's a good idea proposed at the wrong time.

Mozilla describes Boot to Gecko as a "standalone operating system for the open web. It's going to require work in a number of areas", explaining:

So the new browser-OS will be at least partly based on Android. Well, it's not like Android has Chrome yet. "We aren't trying to have these native-grade apps just run on Firefox, we're trying to have them run on the web", Mozilla says.

Here's the problem: "This project is in its infancy; some pieces of it are only captured in our heads today, others aren't fully explored. We're talking about it now because we want expertise from all over Mozilla -- and from people who aren't yet part of Mozilla -- to inform and build the project we're outlining here".

Captured in their heads? I'm all for the open web, but what will it realistically be whenever -- if ever -- this thing takes off? What I don't understand: Why propose this pie-in-the-sky, overly ambitious project when Mozilla could invest more in Firefox Mobile here and now? There's little open web about Mobile Safari on iOS devices, and Google hasn't brought the full Chrome browser to Android. There's a huge browser void on both platforms, which, collectively, accounted for 65 percent of the US smartphone OS market from March to May, according to Nielsen.

Mozilla needs to make delivering products in development a higher priority -- that means showing something resembling serious progress on Firefox Mobile. When that's a serious contender on mobile phones, then Mozilla can talk about a browser-based OS running on them.

What's your reaction to the proposal?

35 Responses to Mozilla boots to promises with browser OS proposal