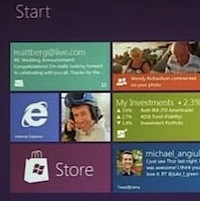 Aiming not to repeat the mistakes of its past, Microsoft pledged Monday to engage the developer community as well as consumers during development of its upcoming Windows 8 operating system. As part of that, the company has launched a new blog called "Building Windows 8."

The company will use that to discuss what technologies its building into the next-generation OS. It mirrors a similar effort undertaken by the Redmond company for Windows 7, following what many call a disastrous rollout of Vista.

Microsoft was criticized for failing to engage its partners during the development process, and it left a sizable chunk of software and hardware either incompatible or malfunctioning when used with Vista. That OS release was considered one of Microsoft's worst, and was passed over by a good portion of its customers.

"Together, we will start the unique adventure of bringing a major product to market," Windows chief Steven Sinofsky wrote. "Windows 8 reimagines Windows. That's a big statement and one that we will return to throughout this blog."

Even with the announcement, Sinofsky was light on any technical details. So far, Microsoft generally has released little about Windows 8 development, and it's expected Microsoft will not until next month. That's when the company's BUILD conference will take place in Anaheim, Calif.

He alluded to the frustration that the company has heard from some developers over Microsoft's lack of details on Windows 8. He explained the company's silence as learning from its past, where Microsoft often discussed features in detail and then failed to deliver.

"In the next weeks we will just start talking specifics of features, since there is no obvious place to start given the varying perspectives," he continued. "From fundamentals, to user interface, to hardware support, and more, if something is important to you, we promise we'll get to it in some form or another."