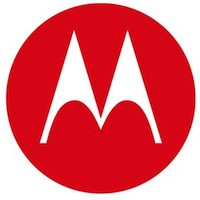 Some of the best commentary about the pending Moto merger is taking place on Google+. So I've collected some of the more insightful opinions so that you don't have to search the social network for them.

The responses are about as "real people" as the geekfest of commentary going at Google+ today can be. I've randomly pulled reaction from journalists, IT admins, Android enthusiasts and mobile gearheads; surprisingly, or perhaps not because of the social venue, they're enthused. I actually expected more criticism, but maybe I'm in the wrong Plus Circles for that.

Editorial note: I purposely chose posts that were designated as "Public".

"Google buys Motorola: very exciting", Polychronis Ypodimatopoulos opines. "Now, it would 've been awesome-est if they had bought Nokia instead some time ago, but hey, this is great too!"

Jeff Jarvis: "The Google/Motorola deal is lawyer repellent. Or rat poison, if you prefer. It is a tragic and wasteful by product of our screwed-up patent system. Just this year, $18 billion is being spent not on innovation and invested not in entrepreneurship and growth but instead in fending off lawsuits. Damn straight, we need patent reform. Having said that, this is good for Google and Android and its ecosystem".

"It will be interesting to see whether or not Google finds some synergy with Motorola (more Google-made phones? Nexus-style currency of software for Droids? Improved end-user support capabilities?)", writes Rob Witte. "Or was this really just a purchase of their patent portfolio?"

Chris Robato: "Motorola's 2010 stock holder corporate report in PDF. Turn to page 10. Read and this may indicate it goes beyond defending Android. This is a short curt into a vast technology library that includes video and audio codecs".

"Google buying Motorola makes sense on all fronts except one. Android can no longer be considered open if Google's own hardware division gets the new OSs first", writes Patrick Moorehead. "This is a good thing for Microsoft and maybe even for webOS. If you are HTC, Samsung, LG, Huawei, Kyocera, etc, why would they bank on an OS that is now directed by a chief competitor. Thinking smartphone guys above will be taking a hard look at Mango and webOS".

Larry Page, Google CEO: "In 2008, Motorola bet big on Android as the sole operating system across all of its smartphone devices. It was a smart bet and we're thrilled at the success they've achieved so far. We believe that their mobile business is on an upward trajectory and poised for explosive growth...Motorola's total commitment to Android in mobile devices is one of many reasons that there is a natural fit between our two companies".

"Now we're going to see what Google's got. This should be GREAT for competition with Apple. I Love it! :)", writes Alex Hernandez.

Apple and Google are going to fight over the TV screen next. Android is winning on cell phones. Apple on tablets. The next battle is what could decide the war. So, why is this purchase important? Because I just switched to Comcast. What does the neat DVR they installed say on front? Motorola. In other words, Motorola has relationships with a ton of cable companies around the world through its set-top box arm (and, if I'm reading the press releases properly Motorola's set-top-box arm is included in the mobile division that Google acquired today).

Avatar Equis: "Google now can produce not only their own Smartphones and slates. They can even produce their own Android or Chrome OS netbooks. Hell, if that is not interesting".

J.C. Kendall: "Patent that bee-yaach! Way to use that F-U money, baby!"

Some may disagree for the simple reason that Google seems to be taking over everything but my argument to that is that they are doing things right and making our lives easier and giving most of it to us for free.

Other reasons why this is awesome news:

1. Motorola android devices will now all probably be stock android which means that when a new version comes out, it will automatically be updated.

2. More control over your android devices.

3. Source code will be released immediately, if needed to be at all meaning more customization's from developers leading to a custom user experience being a lot less risky than it currently is.

4. Other carriers will be forced to also provide AOSP (stock android) devices as well meaning you will not have to buy a new phone every time a new version of android comes out because the manufacturers would rather make you buy a new one than waste their time updating older phones software.

5. Because android will be updated quicker and easier, security vulnerabilities will become smaller because of frequent updates, and in a time where this is becoming more and more important, because people are using their phones for personal purchases and entering passwords to banking accounts and the like, this is a necessity.

Scott Wakeman: "WOW -- Oh, Google, what have you done :-) I think I'll hold off on the next Nexus device till Google releases their own [via this deal] -- I'm not interested in anything Samsung has to offer. Oh, Google -- what a wonderful shake-up to the Mobile Market :-)"

"No, Microsoft was not going to buy Motorola and never made a bid", Matt Rosoff claims. "But it WAS interested in Motorola's patents. Which is why Google was smart to pull the trigger now".

"Google is taking a calculated risk that major Android partners won't jump ship", Joe Magyer observes. "I suspect they're right. Where else is there to go? Nokia is pulling support from its open Symbian system and there's little developer or consumer interest around Windows 7 Mobile. If anything, I expect Google will push this deal to its Android partners as a win for them because it should relieve them of hostage-style licensing fees brought on by Microsoft".

Got something to say? Let's extend the discussion here at Betanews. You know where.