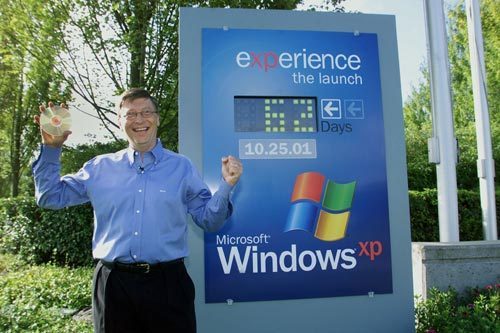 First in a series. It was an innocent time. There was fun, fanfare and pride. Thousands of people worked together to complete something that would affect billions of lives -- that would be the most successful product of its kind. Ever. Eighteen days later the world they knew changed.

Ten years ago today, Aug. 24, 2001, in Redmond Washington, Microsoft Chairman Bill Gates and Jim Allchin, then vice president of the platforms group, officially released to manufacturing Windows XP. The RTM marked a huge achievement for Microsoft, which finally had a consumer operating system based on the NT kernel. Windows XP marked the end of the DOS/Windows 9x legacy and the beginning of a new lineage of Microsoft operating systems, continuing the path paved by Windows 2000 some 18 months earlier.

Dark clouds hung over Windows XP, however. In April 2000, US District Judge Thomas Penfield Jackson ordered Microsoft to be broken into separate desktop software and operating systems companies. A year later, an appeals court rescinded the breakup order but returned the case to a new judge. Some kind of penalty awaited Microsoft.

Meanwhile, the United States was griped in recession, following the dot-com collapse and Enron debacle. PC sales plummeted. If Microsoft was looking for about the worst time conceivable to launch Windows XP, this was it. Gartner sales projections for Windows XP were downright glum, for example.

But on this sunny day, one where stereotypical Seattle rain threatened to ruin festivities, those dark clouds seemed distant. Gates and Allchin gathered with other Microsoft employees, OEM partners and loads of journalists (Bloggers? Forbid! Not in 2001!) -- there was the ceremonial signing of gold code, placed in a briefcase and flown off by helicopter. Gates and Allchin looked hopeful during the RTM event, like proud fathers sending children off to the first day of school.

Timing was not coincidental. Microsoft had drawn a straight line from August 24 to September 24 to October 25 -- the latter two dates, respectively, when the first Windows XP PCs would go on sale and the software would officially launch in a big gala. That's right, new XP PCs preceded the official release by a month.

Microsoft and its partners planned to spend $1 billion promoting Windows XP. There would be multiple launch events around the globe, with the main one in New York City.

But darker clouds loomed unseen. On Sept. 11, 2001, terrorists flew highjacked jetliners into the World Trade Center's Twin Towers and into the US Pentagon. The collective American psyche entered a period of shock and mourning. An economy already ravaged by recession tumbled into despair. Microsoft couldn't respectively or in any way conceivably continue the big Windows XP launch event as planned. 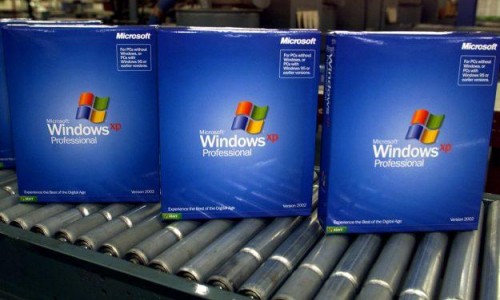 Event organizers wisely chose to keep New York as the launch venue. Mayor Rudolph Giuliani welcomed Microsoft warmly. The city needed something to cheer the gloom, and revenues and tax sales dollars couldn't hurt either. So Giuliani joined Gates on Oct. 25, 2001, to officially launch Windows XP. There was a muted and respectful celebration. Microsoft's most important operating system ever debuted in the midst of uncertainty -- about America's future, the state of its economy and even Microsoft's fate before US District Judge Colleen Kollar-Kotelly.

Windows XP wasn't an exceptional operating system so much as a reliable one. Particularly after the release of Service Pack 2, which was more of a new release than an update, XP found its place as the world's workhorse operating system. SP2 appeared in early August 2004, nearly four years after Windows XP RTM.

"Old Reliable" brought tremendous stability to the PC marketplace. No Microsoft operating system stayed in service so long without a replacement. Two-and-a-half years would pass before successor Windows Vista launched, in separate November 2006 and January 2007 events. By then, Windows XP was so widely used, so widely supported by applications, peripherals and other third-party products, Vista struggled to find support from anybody.

Microsoft made architectural changes that required developers to adapt their applications, but few seemed interested. Why should they? Windows XP's install base was enormous -- the OS paid the bills. Windows Vista was a marketing disaster, and for many reasons, but one of the most overlooked is Windows XP's success. The operating system had achieved the so-called "good enough" threshold, which coupled with the stable ecosystem created a competitive barrier for Vista like earlier Windows versions posed to other developers' operating systems. How ironic!

When Windows 7 shipped in September 2009, more than 80 percent of Microsoft's desktop OS install base was on XP. A stunning achievement.

All this started 10 years ago today.

Here at BetaNews we stop to celebrate Windows XP and to remember this remarkably successful workhorse OS. Today and over the next few, we will share recollections of Windows XP. Some are ours, some are yours and others'. If you have a Windows XP memory to share, there's still time -- in comments to this story or by emailing joe at betanews dot com.