Last week the Department of Justice announced the conclusion of its investigation of Google permitting online Canadian pharmacies to place advertisements through AdWords, facilitating the unlawful importation of controlled pharmaceuticals into the United States. Google's large forfeiture -- fully $500 million -- reveals the gravity of the offense, and as part of the settlement, Google affirmatively admits liability.

These admissions and the associated documents confirm what I had long suspected: Not only does Google often ignore its stated "policies", but in fact Google staff affirmatively assist supposed "rule-breakers" when Google finds it profitable to do so.

* Google admits that it knew as early as 2003 that Canadian pharmacies were unlawfully advertising through AdWords. Yet Google provided customer support to these pharmacies, including assisting them in placing and optimizing their advertisements and websites.

* Google's policies required pharmacies to obtain certification to show ads to US consumers, but pharmacies found they could easily adjust their geo-targeting to reach US consumers without obtaining certification. Google admits that it knew about this tactic, yet failed to modify its systems to prevent uncertified advertisers from reaching US consumers.

* Google admits that it knew pharmacies were circumventing certification by intentionally avoiding use of certain terms in the text of their advertisements, yet nonetheless using those same terms as advertising keywords to trigger displays. Google admits that it did not stop advertisers from using this technique until Google learned of the DOJ's investigation.

Previously, Google has always styled itself as an innocent victim of fraudulent online advertising, but a diligent foe of harmful ads. For example, when I presented dozens of deceptive AdWords advertisements in 2006, Google told Information Week "When we become aware of deceptive ads, we take them down". In a 2010 blog post, Google claimed to "work very hard" to block deceptive ads, calling the process "a cat-and-mouse game" in that advertisers purportedly hide from Google's efforts.

I have long doubted Google's claims of innocence. For one, Google has an obvious incentive to allow deceptive and unlawful ads: each extra advertising means extra revenue -- an ad in lieu of white space, or an extra competitor encouraging other advertisers to bid that much higher. Furthermore, unlawful and deceptive ads have been widespread; I found dozens in just a few hours of work. Meanwhile, it's hard to reconcile Google's engineering strength -- capably indexing billions of pages and tabulating billions of links -- with the company's supposed inability to identify new advertisements mentioning or targeting a few dozen terms known to deceive consumers. From these facts, I could only suspect what the DOJ investigation now confirms: Unlawful ads persist at Google not just because advertisers seek to be listed, but also because Google intentionally lets them stay and even offers them special assistance.

Unlawful and deceptive ads are just one of many areas where Google has claimed to oppose bad behavior, but where there's growing reason to doubt Google's diligence.

Consider advertisements promoting services that infringe copyright. Google's AdWords Policy Center indicates that Google prohibits ads promoting the copying or distribution of copyrighted content without permission from the rights-holder. How diligent is Google in blocking such ads? A 2007 Wall Street Journal article revealed Google's affirmative support for sites engaged in copyright infringement: Seeing high traffic to websites EasyDownloadCenter.com and TheDownloadCenter.com, Google offered those sites account representatives, who suggested advertising keywords to optimize their AdWords campaigns. Google also offered those sites a line of credit , whereas ordinary AdWords advertisers must pay in advance. Anyone browsing the sites would have immediately recognized that they distributed copyrighted material without permission from the corresponding rights-holders, which should have caused Google to keep its distance. But Google staff looked the other way in order to retain and expand their business with a profitable advertising customer.

In revising its policy for use of trademarks in advertising, Google also put revenue considerations before users' interests. Google promises that ads will be shown in a manner that is "clearly identified" to avoid user confusion, even if such placements reduce Google's revenue. Indeed, through 2004, Google had required a trademark holder's approval for a trademark to appear in search advertisements. But in 2009, Google identified an opportunity for at least $100 million of additional annual revenue, and potentially more than a billion dollars of additional annual revenue, by reversing that policy. Crucially, Google made that reversal even though Google's own tests found that the change would cause an "overall very high rate of trademark confusion" in that "94-percent of users were confused at least once" during Google's testing of the change.

Google has also ignored unlawful conduct in order to retain and expand its "domain parking" business, which includes ads on tens of thousands of typosquatting domains (unlawful under the Anti-Cybersquatting Consumer Protection Act). Google claims to be diligent in preventing placement of ads on unlawful sites. Yet Google acts only in response to trademark owners' complaints; Google could easily run its own searches, thanks to its superior information-processing systems and instant knowledge of which domains are showing Google ads. By allowing typosquatting to continue, I estimate that Google reaps additional revenue of approximately $497 million per year.

So, too, in the realm of copyright infringement at YouTube. By 2007, Google had installed a filter to identify YouTube videos that included copyrighted content. Google could have processed all YouTube videos through the filters in order to identify and remove all copyright-infringing content. Instead, Google offered the filter only to rights-holders who signed license agreements to let Google use their content. A copyright holder who simply wanted to keep its content off of YouTube had no means to do so: the company could not use Google's filter because Google conditioned use of the filter on receipt of a license to the underlying content; and the company could not run its own filter because YouTube's Terms of Service disallow the automated access and bulk downloads necessary for efficient searches. The DOJ's investigation gives that much more reason to conclude what content owners long argued: Google's approach was motivated not by genuine technical necessity, but rather by Google's desire to impose its will on copyright holders.

Users' privacy is also vulnerable to Google "errors" for the company's benefit. When Google engineers deployed hundreds of cars with custom hardware and software that recorded WiFi users' data, Google claimed the collection was "a mistake". When Google Toolbar continued tracking users' browsing even after users "disable[d]" the toolbar and even after the toolbar disappeared from view, Google called that behavior a "bug". Though Google says its overbroad data collection was unintentional, both examples are suspicious. With thousands of programmers and an engineering culture, how could Google deploy software to hundreds of cars without a thorough code review? And Google Toolbar runs on hundreds of millions of computers, so one might expect at least basic testing of all disabled features. Various critics speculated that Google's WiFi data collection was actually intentional, and ArsTecnica inferred that Google had already known about the Toolbar's overbroad data collection. Previously, others might have given Google the benefit of the doubt. But seeing Google's obfuscation and duplicity in pharmaceutical advertising, it gets easier to believe that these "mistakes" were intentional, too.

The DOJ's pharmacy investigation undermines Google's credibility on questions of compliance with the law and good faith in enforcing its supposed policies. Previously, when Google argued that it was difficult to find bad ads, trademark-infringing domains, or copyrighted content, the world could only wonder what made these tasks so difficult for Google. Now we know: at least sometimes, Google's difficulties were a farce; behind the scenes, Google employees were encouraging and supporting the very unlawful conduct they claimed to oppose.

In June I observed that Google's bad ads span myriad categories beyond pharmaceuticals -- charging for services that are actually free, promising free service when there's actually a charge, promoting copyright infringement, promoting spyware/adware, bogus mortgage modification offers, work-at-home scams, investment rip-offs, identify theft, and more. Each of these categories of scam advertisements is in fact unlawful, and most are prohibited under Google's existing advertising policies. But policies alone are not enough. Will Google step forward with a serious effort to block these dubious offers? Or does Google prefer to retain the ads and enjoy the resulting revenue, but leave users vulnerable? The world is watching! 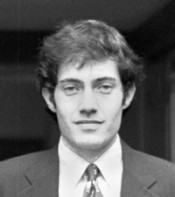 Ben Edelman is an assistant professor at Harvard Business School. His writings are posted on benedelman.org along with a listing of selected consulting clients (including some adverse to Google).