TechCrunch just exposed what is wrong with tech journalism today 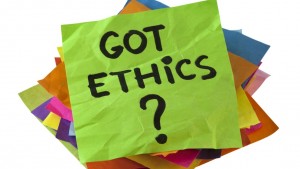 I have been thinking about writing a story on the sorry state of tech journalism for a good part of my seven years in this business. Why's that? All too often objectivity, ethics and accuracy seem to have taken a backseat 'round these parts.

These three precepts are basic tenets that you learn from day one in journalism classes. Tell the story, and let your reader decide. Be forthcoming with your conflicts, and avoid topics you have a vested interest in. Having your facts straight and your nose clear is more important than being first or padding your own image.

For some reason, technology journalists seem to forget what they've been taught. Too often our biases come through in the stories we write, and we become defensive when we're called out on it. We often are not forthcoming on our potential conflicts, and there seems to always be the gold rush to have the earliest timestamp on our posts.

The TechCrunch saga has brought all these warts we've been trying to cover up into the open, and too many of us are acting surprised that their modus operandi is so against everything journalism is supposed to be.

Come on guys, this is nothing new. We all know how the business works -- "pay-to-play" has been going on for years. Those businesses we cover have often developed relations with particular journalists who they know will cover them positively, and expect positive coverage.

Decisions on stories can often come based on advertising relationships: Harry McCracken's much publicized exit from PCWorld (the first time) was directly related to such an incident. Today with a blog anybody can become a journalist: even a millionaire investor like Mike Arrington.

Let's remember that TechCrunch started out as Arrington's own personal blog. Got to give him credit: his investing prowess, and his knack for writing persuasive content is top notch.

A problem arose, however, when TechCrunch made the switch from a personal blog to a "legitimate" news source, with a team of writers. At the helm was still an investor in many of the companies the site covered, and (for better or worse) the site's coverage seemingly is still overwhelmingly positive of Arrington's investments, no matter who is writing.

A Real Conflict of Interest

This is what made the idea of the CrunchFund so disgusting to some, because now that journalistically unpalatable arrangement was laid out in the open. It promised positive "deal flow," meaning TechCrunch would become a mouthpiece for those companies lucky enough to get venture capital from it.

In other words? In exchange for funding, you agree to break your news with TechCrunch first.

Good lord. So essentially what you're doing is using your financial clout to scoop your competition who is doing it the right way -- WORKING for that story -- and on top of it, likely sugar-coating your coverage so that others would link back. Wow, so not only were you inflating your page views, but the boss could make a pretty penny too!

Dang, there goes out the window nearly all those precepts I mentioned at the top of this commentary.

Making matters worse is watching writers of TechCrunch all of a sudden feign ignorance and act as if they are being unfairly attacked. Are you serious? You cannot tell me they didn't know what the standing operating practice of TechCrunch was.

Your boss made that bed, now you've all chosen to sleep in it. Sorry. And you can't tell me you aren't influenced in any way by him.

See, there's a term media professors like to use called "gatekeepers." Without boring you with a lot of communications theory, essentially in any news organization there is always somebody watching the herd.

While Arrington may indeed not have interfered with actual stories, I find it hard to believe he did not have influence over his staff, helping to guide the overall brand. TechCrunch would not be as successful as it is if there wasn't somebody behind the scenes as the captain of the ship.

Kara Swisher of AllThingsD echoes this in a conversation I had with her Monday night over Twitter. "This line out of TC now reminds me of Rupe acting like he was not running the show at the PhoneGate hearings," she tweeted. It's true -- it is almost impossible to run a news organization without direction. Rupe refers to News Corp. Chairman Rupert Murdoch, of course.

Maybe this lesson in journalism ethics being played out before our very eyes will give some of us pause in how we're conducting ourselves. Honestly I don't have much hope for that though, because what is happening/happened at TechCrunch is happening elsewhere, too.

They're not the only ones folks. And that's a damned shame for objective journalists, and you the reader.