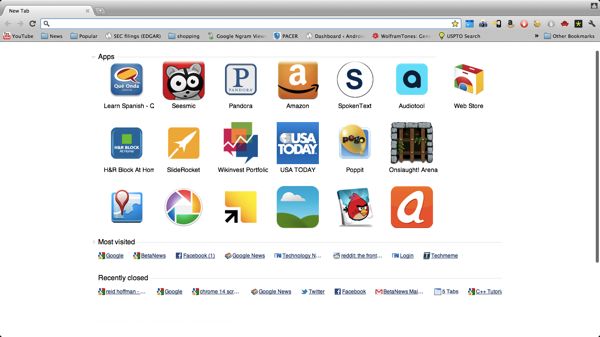 Friday, Google rolled out the stable build of Google Chrome 14 (14.0.835.163) for all platforms, a more or less market-ready version of the beta channel release from August.

With this release, Google is highlighting two technologies that Chrome now supports; and fortunately, they're quite shiny and easy to appreciate.

Earlier in the year, I looked at Web app alternatives to the best-selling software packages on Amazon, and mentioned Aviary's "feather" HTML5 photo editor. Aviary also has an HTML5 music sequencer in Alpha that takes advantage of the audio element by letting users create drum beats or musical phrases directly in the browser window. It kind of blew me away when I first tried it.

The Web Audio API can take a Web app like that and make it even more impressive. The API gives web apps the ability to process audio and video media elements and add many different types of reverb, including 3D space modeling effects, multiple sends for layered effects and submixes.

With this, a web app could pull multiple html5 video elements from YouTube, split their audio into multiple tracks, and let the user apply different envelopes, effects, fades, blends and sweeps. What's more is that this lays the foundation for even more sophisticated audio capabilities in the future because it sorts out many of the fundamental synchronization and routing issues inherent in complex audio processing.

Google's Chromium project has some impressive examples of this API at work.

For a non-developer, Native Client is a little less easy to appreciate.

Native Client is another cohort in the Web technology gang that includes Flash, Java, Silverlight, ActiveX, .NET, and so forth.

Google rather modestly says it can be faster, more secure, or more compatible across operating systems than some of these other technologies "in appropriate contexts," but its defining feature is that it gives Web developers the ability to run native code from within supportive web browsers (i.e. Chrome.)

Native Client will let C and C++ code be executed within Chrome in a secure sandbox, and Google says it is ideal for porting existing software components for use in a web app,
porting legacy desktop applications, handling browser-side encryption and decryption for an enterprise application, handling multimedia for a web app, and handling various aspects of web-based games, including physics engines and AI.

It's kind of limited in what it can do right now, but it is Chrome exclusive.