Sony, I won't sign away my right to sue 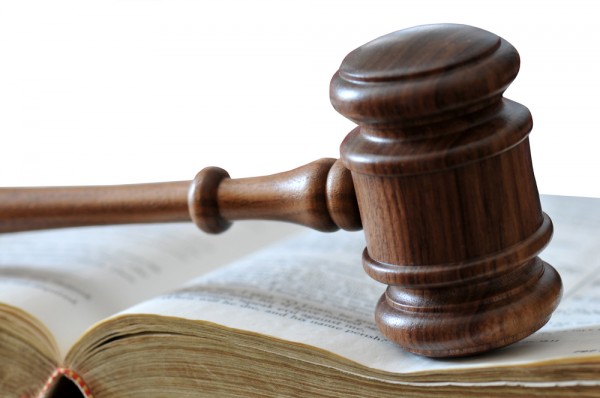 Sony sure has some gall to attempt to prevent you or me from suing them, especially for its own stupidity. Late last week, the company made some key changes to its terms of service which effectively takes away your right to sue.

After accepting the new ToS, arbitration through a Sony-selected arbitrator is your only recourse. Worse yet, you give up the right to launch or join class action suits against the company.

To be fair to Sony, similar terms have appeared in other terms of service agreements, but that does not make it any less anti-consumer or less challengeable in the courts. Sony must think we've forgotten about its absolute disregard for basic security on its web servers that put millions of its customers at risk of identity theft.

Indeed, Sony includes negligence as part of its "no-sue" policy as well as "fraud, misrepresentation, and fraudulent inducement." That's nice. So what you're telling me is that things that Sony should be accountable for are now off the table, then?

What's amusing is that Sony actually gives you a way out, saying that you can mail a letter within 30 days of accepting the terms of service to opt out of the no-sue clause. But you'll never get a confirmation that you actually made it on that list from what I can tell.

In this day and age, Sony should be giving you an option to do this online -- at least you'd have instant verification. Instead, short of a certified letter you will never know. And let's be honest: how many people are going to actually send a letter, and without it certified how could you prove you even sent it in a court of law?

How about this then? If accepting the TOS on the PS3 itself, why not give customers the option to do it directly on the console? That would be easy. But, of course, this is all about protecting themselves, so Sony's going to make this difficult.

Pending lawsuits against Sony aren't about some money-hungry consumers or greedy lawyers. Sony was legitimately sued for being flat out stupid. Some of the mistakes they made were so unbelievably dimwitted (such as storing passwords in plain text) that it's comical.

One of the class action suits in progress is over Sony's failure to timely disclose the PSN hack, and Congress has launched an inquiry into the affair itself.

Given that the hack may have affected up to 77 million subscribers of the service, even the smallest settlement -- say $15 -- would result in a huge hit to the company's finances. It could find itself paying out a billion dollars or more to settle a single suit. Court victory for plaintiffs could be costlier still.

Thus, Sony's poor IT decisions could put the entire company at risk -- but then again Sony's liability issues shouldn't be made your problem or mine.

Oh, the irony! Sony deserves to be sued to stop these changes to its ToS that would prevent lawsuits against the company! Negligence is negligence, and a company should pay the price for it. There is no good reason why anyone or any company should be allowed to force customers to give up their right of legal accountability in exchange for using the product or service.

You won't see me accepting this ToS, not in a million years. I am not going to sign away my legal rights for your mistakes, Sony. This wasn't our problem, this was yours -- and now you have the audacity to force us to wave our rights?

42 Responses to Sony, I won't sign away my right to sue