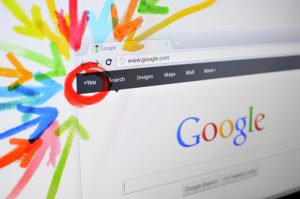 All that talk of Google+ becoming a "ghost town" seems premature. Paul Allen, founder of Ancestry.com and self-titled "Google+ unofficial statistician," said his model which attempts to estimate the number of Google+ users by counting unusual surnames shows that the social network grew some 30 percent just in the two days following its opening to the public.

It gets even better than that: Allen estimates that as of Monday ("plus or minus a few days"), the site had reached some 50 million users. Google+ would have achieved this feat in just 88 days. Compare this explosive growth to other services: MySpace took 1,046 days to reach that level; Twitter 1,096 days; Facebook 1,325 days; and LinkedIn 2,354 days. It's clear that Google's social networking service has captured the interest of consumers and continues to grow quickly.

"I think we are witnessing the most exciting battle in tech history as two well-funded, fast-growing, highly-profitable, genius-led Silicon Valley companies are competing from very different starting points to affect how we find information, how we connect with people, how we view the world, and how we spend our time," Allen said in a Google+ post highlighting the milestone.

He cautioned against assuming that this achievement isn't necessarily bad for competitors such as Facebook; instead he believes the competition will only make both sites better.

"Customers will benefit as these two innovative tech companies try to empower users with the best social tools," he writes. "Some people will choose one social network over the other and will evangelize their choice. Others will use both to communicate with different groups of people."

Indeed, we may have seen the first salvos in the coming social media wars through Facebook's announcements at its f8 developer conference. It made a significant change to the way profiles work by introducing Timeline, and strengthened its offering overall by partnering with entertainment providers.

At the same time, we may also have the first concrete evidence that Facebook's widely-criticized redesign may have pushed many to try out Google+ for the first time, as Allen describes the strong growth rates in the days following as not seen since the initial limited launch back in July and early August. Another explanation: Google+ opened to anyone last week, after being in invite-only trial.