Adobe has debuted a family of six new applications it has developed for mobile tablets called Adobe Touch Apps, which mimic some of the professional creative functions of Creative Suite. 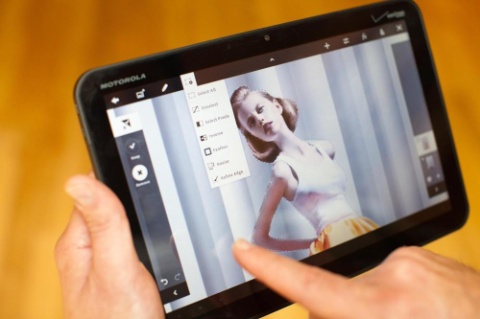 The scene-stealing app is Adobe Photoshop Touch, which gives Android tablet and iPad users the ability to apply popular edits and effects to photos just as they would in the full Photoshop. It adds a new exclusive extraction tool called "scribble selection", which lets users scribble over what they want to keep in the picture while everything else is removed. 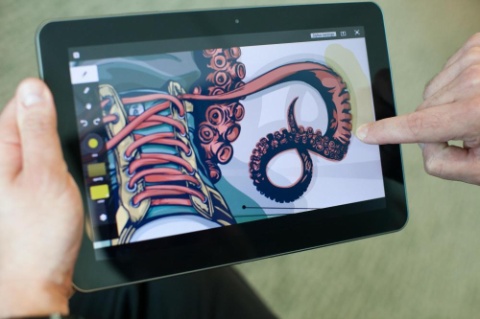 Adobe Ideas is sort of the "Illustrator for tablets" app. In other words, a vector-based drawing tool.

Adobe Debut is something like the iPad-specific Photoshop Eazel Adobe debuted six months ago. This lets users display touch-friendly versions of any Creative Suite file.

Adobe Kuler is an interesting take on color scheme and theme picking, which integrates social networking into the creation of color themes for design projects.

Adobe Proto lets users create 3D wireframes and prototypes on their tablet, and export them as HTML, CSS and Javascript files to be shared in-browser.

Adobe Touch Apps will be available for Android devices in November 2011, but no date has been set for iPad availability other than "early 2012." Introductory pricing is $9.99 per app and functionality will include compatibility with Adobe's new "Creative Cloud," a platform for storage, sharing and collaboration within these apps.