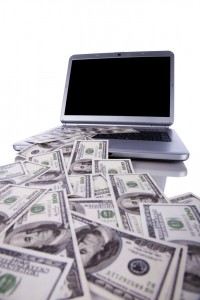 Google may need to act quickly to salvage its $7.25 million deal to migrate the city of Los Angeles to its Google Apps platform, following news that the delayed rollout is still not completed. The city approved the deal two years ago, but in July 2010 it was disclosed that delays had prevented full implementation.

The issue surrounds the Los Angeles Police Department: officials there are not satisfied with Google Apps' security for some sensitive police data. Instead of the original planned 30,000 person rollout, only about 17,000 have been transitioned.

Advocacy group Consumer Watchdog released a letter from the Office of Mayor Antonio Villaraigosa sent to contractor CSC, the company tasked with the rollout of Google Apps across the city's IT deployment.

In addition to the LAPD, the refund would also affect other portions of city government that may access criminal history data, including parking enforcement, recreation and parks rangers, LA Fire Department's Arson Investigation division, and others.

The amount of credit and/or refund requested has not been disclosed. It's probably safe, though, to guess that the requested refund would likely be close to half the original deal's value considering how many employees Los Angeles and CSC have been able to transition so far.

In a statement, CSC was coy in giving any details, however it did admit not being able to transition law enforcement to Google's platform. "CSC and Google worked closely with the City to evaluate and eventually implement the additional data security requirements, which are related to criminal justice services information, and we’re still working together on one final security requirement," it says.

Google was a little less reserved, accusing Consumer Watchdog of all but colluding with its competitors. "We are meeting our commitments to the City of Los Angeles," it said in an e-mailed statement to BetaNews.

"The City has acknowledged Google Apps is more secure than its current system. Along the way they’ve also introduced new requirements which require work to implement in a cloud computing environment, and we’ve presented a plan to meet them at no additional cost."

Those answers may not be good enough for Consumer Watchdog: the group sent a letter to Mayor Villaraigosa on Wednesday demanding he disclose the extent to which Google has failed to comply with its contractual obligations.

"Google's record with the city is nothing but broken promises and missed deadlines," the letter reads in part. "The Internet giant simply has not done what it said it would do and has tried to buy its way out of the mess it has made by covering the unbudgeted costs of the LAPD's GroupWise System that the department has been forced to continue using."

The mayor's office did not have any immediate comment as of press time.