I'm sure Steve Ballmer is shaking in his boots 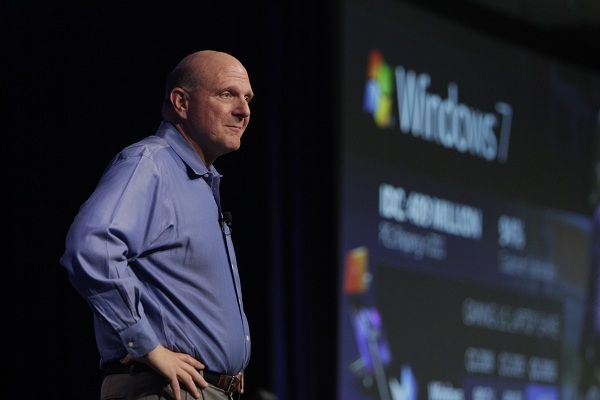 How else could he react to the stunning news that Macs now have 5 percent global PC market share. Surely the Windows monopoly is teetering on its foundations. OMG! It only took Apple 10 years to achieve this stunning milestone. Steve Jobs set the 5 percent goal a decade ago when launching the first Apple Store. Quick send the EMS team to Ballmer's office!

Needham analyst Charlie Wolf claims the 5 percent number, really 5.2 percent, globally, based on IDC third-quarter data on PC shipments. Apple Insider posted the numbers late yesterday. I haven't seen the report yet today. But who would make up something like this or stretch the numbers by X percent? So in a break from form I'm sourcing Apple Insider until the report reaches my bursting inbox. Usually, I wait on the original source.

TheNextWeb editors can't contain their giddiness. Headline: "Explosive growth takes the Mac to over 5% global market share". Oh yeah, 10 years surely is explosive growth by somebody's measure. Hurry up and place that 911 call, before Ballmer chokes on his Egg McMuffin.

Needham's numbers sure are disturbing, showing Mac shipments growth outpacing other PCs in almost every sector:

Then there's China, where Mac whoops Windows PC behinds: 57.2 percent Mac shipment growth. How unAmerican of Apple! Ballmer drives American cars, too. It's a pride thing with him.

These numbers are amazing! Has EMS resuscitated Big B yet? Yell these things when shocking Ballmer back to life:

But don't mention China. High software piracy rates there are a Windows problem. Apple sells hardware and software, which you won't see on the streets of Beijing for a couple of bucks a copy.

Yes, 5.2 percent global Mac market share is surely some kind of achievement. Is Ballmer breathing yet?