You oppose Congress' kill free speech on the Internet Act 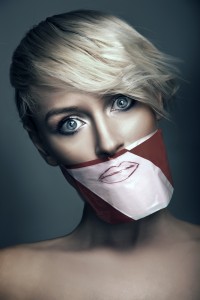 The results are in to BetaNews poll "US Congress is considering two new copyright bills: PROTECT IP and Stop Online Piracy Act. Do you support them?" Among the 2,560 people who responded to the question (so far), 63 answered "Yes". Who are these people? I'm surprised it's that many. Only 95.43 percent answered "No" to legislation with wide bipartisan support and likelihood of passing both Houses in some form.

"Whenever you hear about something having 'bipartisan' support, hold onto your wallet and don't pick up the soap" writes commenter psycros. My own reaction is equally strong, and the proposed bills are supposed to protect me. I'm a victim. Everyday people steal copyrighted content BetaNews paid to produce and posts it for their own profit -- if nothing else feeding off the Google economy. PROTECT IP and SOPA are supposed to protect my writing and livelihood as a copyrighted content producer. No thanks.

To recap, Senators introduced PROTECT IP in May and House representatives did likewise with SOPA in October. Either bill would give the government broad powers to take down websites, seize domains and compel search engines from indexing these properties. Little more than a request from copyright holders is necessary. It's essentially guilty-until-proven-innocent legislation that would punish the many for the sins of the few, while disrupting the fundamental attributes that made the Internet so successful and empowered so many individuals or businesses to accomplish so much. (Review the bills: PROTECT IP. SOPA.)

Based on my reading of both proposed bills, some of the most disrupting and socially transforming websites/cloud services wouldn't exist today if enacted, say, in 2005. YouTube, which opened to the public in November 2005 and Google purchased 11 months later, could have been killed in its infancy because users posted copyrighted content they didn't own. The bills would have empowered the US Justice Department to seize the website and its domain, potentially stifling a new industry.

Americans watched an average 19.5 hours of online video in September 2011, according to comScore. Google sites, mostly from YouTube, handily topped the list, with 161.4 million unique viewers. Second ranked VEVO: 57.3 million. Number of videos watched, respectively, between the two sites: 18.6 billion and 748 million. Also in September, number of video ads reached more than 50 percent of the US online population -- a milestone. But the video sites and burgeoning ad market behind them likely wouldn't exist today if government, at the behest of Hollywood, seized YouTube and other video sites in the late Noughties.

Then there's Facebook, the most socially disruptive and empowering website/service to come along in a generation. Thirteen months ago, writing for The New Republic, Harvard Law School professor Lawrence Lessig observed that many "The Social Network" reviewers overlooked the movie's most important character: The Internet, and the ease with which it allowed Mark Zuckerberg to create Facebook. Lessig uses the founding of Nantucket Nectars as vehicle for comparing the old and new worlds:

Zuckerberg faced no such barrier. For less than $1,000, he could get his idea onto the Internet. He needed no permission from the network provider. He needed no clearance from Harvard to offer it to Harvard students. Neither with Yale, or Princeton, or Stanford. Nor with every other community he invited in. Because the platform of the Internet is open and free, or in the language of the day, because it is a 'neutral network' a billion Mark Zuckerbergs have the opportunity to invent for the platform.

If either PROTECT IP or SOPA was law, Zuckerberg would need permission, and with or without it he could easily be shut down by Harvard or government intervention, simply because Facebook users post or even link to copyrighted content.

Still, piracy, whether or not intentional, is widespread. I won't state figures here, believing most are overstated by groups like Business Software Alliance that assume most or every pirated created work would be a sale -- that's unlikely.

Commenter Rsharp20 writes: "Piracy is a problem, and the only people who do not want such a bill are the people who do pirate". I don't pirate anything, but I oppose the bills, even though they would, in theory, protect me from pirates.

To those who support the bill, mainly those that think that the only people opposing this bill are pirating individuals or that the bill has merit for its plans against pirating: The written intentions are good, but the problem with this bill is that is so vague and gives corporations way too much power.

Rather than holding the individual accountable for piracy, it holds the entire website accountable. This bill gives corporations the power to take down said websites for even one comment, post, etc. that they deem inappropriate/illegal (which, might I add, would be the responsibility of the individual, not the website itself -- so long as it clearly states legal policies in line with the gov to users and requires that they adhere to them).

This means that massive sites whose primary function are for social networking and sharing of user-created media, not for piracy, can be shut down completely (just because of a few idiots that would risk the whole website and all its users to get some videos or music for free). This is a HUGE threat to freedom of speech since many of these sites are where ideas are expressed and shared, where inspiration happens and movements begin.

In reviewing the bills, I take away similar impression. So it's not just that Mark Zuckerberg couldn't create Facebook, it wouldn't be sustainable because of what people post or link to. Does the government have the legal authority to take down sites that link to others promoting illegal activities like drug trafficking? But, hey, it's okay to seize sites and domains because of Harry Potter?

But there's another way to look at both bills, as BetaNews commenter scophi observes:

It's about shutting down major websites that are intentionally mass pirating software, products, medical prescriptions, stolen identities, etc. It's an effort to get companies to stop doing business with known traffickers. It's about closing down available outlets for pirates/thieves to trade their stolen goods. It's an attempt to stop mass criminal activity on the web.

Additionally, IP is not over-protected here. If anything, it's the opposite, given our country's economic and political upbringings. That's why the bill is called PROTECT IP, because there's so little of it right now. The bill is looking to expand IP protection.

Without IP, there is little motivation for R&D, authorship, or marketing. It's the basis for pharmaceutical companies, technology patents, musical groups, artists, engineers, writers, and virtually any field where innovation is possible. America is built on IP and ownership of ideas...The right to self-ownership and the ability to profit from your own efforts is the foundation of modern civilization.

Freedom of speech and free flow of information also are foundations of American civilization. In the late 1700s, a young United States government set up boundaries for copyrights and patents, granting limited, short-term monopolies over creations/inventions before they become public domain. Let the inventors profit for a time, but allow all society to later benefit. There appears to be some conflict between free speech rights and those protecting copyrights. If you've got time, Stanford Technology Law Review paper "A Free Speech Theory of Copyright", by Steven Horowitz, is worthwhile reading.

My question to scophi and others; Isn't Congress proposing to use a bazooka to kill mosquitoes? Should all mosquitoes be exterminated?

In a February 2011 interview, writer Neil Gaiman offers startling perspective about online piracy: "Places where I was being pirated, particularly Russia -- people were translating my stuff into Russian and spreading it out into the world -- I was selling more and more books. People were discovering me through being pirated, and then they were going out and buying the real books. When a new book would come out in Russia, it would sell more and more copies".

Another example predates the YouTube and Hulu era of streaming content. Back in 2004-2005, NBC Universal's Syfy (previously known as SciFi) network broke into limited streaming after observing the strange benefits of pirating. Mindjack's May 2005 story on BitTorrent trading of "Battlestar Galactica" episodes is a harrowing tale of piracy boosting TV viewership. "Battlestar Galactica" aired in the United States before the United Kingdom, making its way to BitTorrent in the between time. Mark Pesce explains the outcome:

While you might assume the SciFi Channel saw a significant drop-off in viewership as a result of this piracy, it appears to have had the reverse effect: the series is so good that the few tens of thousands of people who watched downloaded versions told their friends to tune in on January 14th, and see for themselves. From its premiere, 'Battlestar Galactica' has been the most popular program ever to air on the SciFi Channel, and its audiences have only grown throughout the first series. Piracy made it possible for 'word-of-mouth' to spread about 'Battlestar Galactica.'

NBC Universal and Syfy responded by streaming select "Battlestar Galactica" episodes by summer 2005. Full-episode TV streaming was pretty novel in early 2005. Would it exist today at all, if PROTECT IP or SOPA was law six years ago?

Perhaps I'm naive questioning that as overt outcome. But it's easy to see unintentional consequences, because of the potential impact on social networks that Nicole F. observes and, frankly, the way the World Wide Web has operated since its conception more than two decades ago. Still, both bills would allow the take down of websites and seizure of domains without much due process. As I asserted earlier, it's guilty-until-proven-innocent legislation.

"Once these powers are granted they will be difficult if not impossible to take away", Betanews commenter Dirtanian warns. "Though this result has been inevitable since the dawn of the Internet. The web is like the wild west and there are those with power that feel it must be tamed by any means necessary".