Get connected, Xbox Live from iPhone 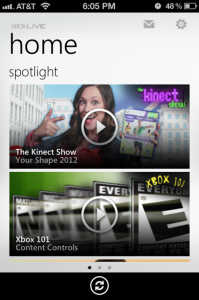 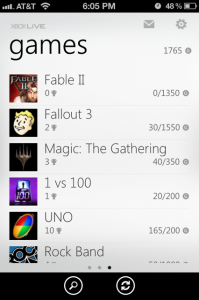 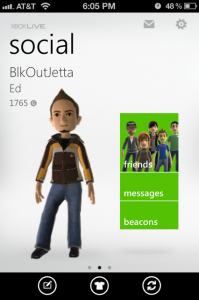 Do you like the sophisticated design of Microsoft's mobile UI, but can't part with your iPhone? Microsoft gives iOS users a taste of mobile life Redmond style, by releasing an Xbox Live app for iPhone and iPad. While basic, the app gives Xbox Live subscribers control of their accounts.

The app sports much of the transitions and user interface considerations that earned Windows Phone accolades from even the most vocal critics of Microsoft's mobile efforts.

Xbox users will be able to check their messages on Xbox Live (sending requires a Gold account, though), view promotional videos of upcoming games and read news on the app's home screen, and see their recently played games and earned achievements. The move is the first time that Microsoft has officially provided any Xbox functionality to iOS.

Several apps do exist that allow for limited interaction with Xbox Live. However, without an official connection, there's not much you can do: for example, one app allows for the viewing of one's friends list -- not too exiting.

That said, Microsoft as of late has shown a willingness to expand its service offerings beyond its own mobile platform, likely much to do with the fact that Windows Phone has little traction in the marketplace. One thing you won't get? Remote control of your Xbox.

On Tuesday, Microsoft released Xbox Companion for Windows Phone 7, which offers much of the functionality of the iOS app plus the capability to navigate through the Xbox via the phone. You have to save something special for your own supporters, right?

5 Responses to Get connected, Xbox Live from iPhone