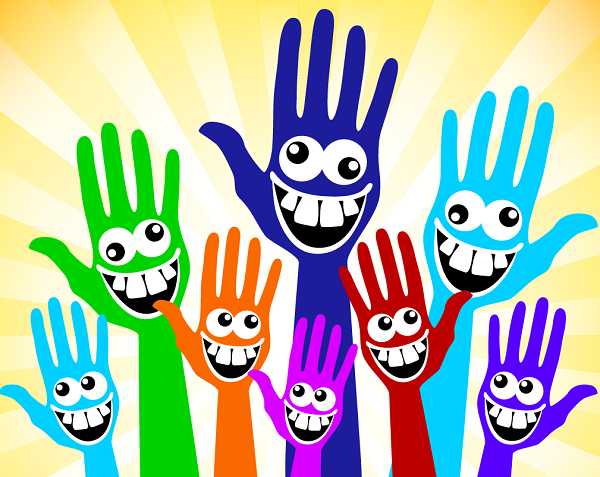 There's a strange irony to the sudden, seemingly grassroots campaign against Go Daddy. The domain registrar supported SOPA, Stop Online Piracy Act, that many people say will curtail free speech on the Internet. Now there's mass call for a Go Daddy boycott, but it has taken on mass peer-pressure hysteria -- that by association you are somehow evil if you don't transfer domains from Go Daddy. Stated differently, Go Daddy protesters block peoples' right to choose, too, by pressuring them to leave the registrar. They're guilty now of what they accuse the government would do in the future -- suppressing freedom on the Internet.

The full force of realization hit this morning while scanning my newsfeed. I use Feedly on my Motorola XOOM LTE to check Google Reader, where I saw a TechCrunch post missed yesterday about site ByeDaddy. You can go there and see what domains use Go Daddy. Something like this exists for one reason, to extend the Go Daddy boycott to others -- to force them to give up the registrar. But there is plenty of pressure to switch elsewhere, as December 29, "Dump Go Daddy Day", approaches.

I have decided not to move my domains, 34 of them, from Go Daddy back to Network Solutions (or to another registrar). I do so in protest of Go Daddy protesters. Two of my domains coincidentally expire on December 29. I may move those solely for keeping Go Daddy honest about its stated position to stop supporting SOPA. But I won't move my domains because of the Internet mob. Others won't easily feel so free. If you do business on the Internet, where your brand is everything, what can you do? Stand up to the anti-Go Daddy rabble when word spreads across the InterWebs about which registrar you use? When your competitor switches and boasts about it, for positive brand image gain, will you just sit aside and watch?

Then there are circles of association, when your friends start rallying against Go Daddy. Will you stand against them or stand with them, so as not to be ostracized by the crowd? I would stand apart, but I've never cared much about what others think of me. If you do, standing with the mob is easier than being socially crushed by it.

The worst offenders here are businesses or organizations that use situations like this for public image gain. Others might be doing this and bowing before the anti-Go Daddy mob. I'm talking Wikipedia, which depends on the goodwill of volunteers to edit entries and generosity of donators to survive. Wikipedia is currently conducting a fundraising campaign. Perception that the organization supports Go Daddy, despite already taking a strong position against SOPA, could hurt Wikipedia at a crucial time. So it's no surprise, perhaps, Wikipedia cofounder Jimmy Wales tweeted last week that the organization would leave Go Daddy.

Hi guys. Wikimedia Foundation software engineer here. Our staff is tiny, so this means I sit in the same room as the people who can deal with this. I'm not speaking for that team, but I'm going to suggest you all be patient.

We have a rule to never make big changes to the website on Friday unless it's an emergency. This probably goes double for DNS changes, which as any techie will tell you, often go wrong. And this is the Christmas weekend, so already much of the tech staff is traveling or taking a vacation day.

That said, I know that a number of Wikimedia Foundation people moved some personal domains from Go Daddy the other day, including myself. The Foundation has already publicly stated that SOPA will hurt the free web and Wikipedia, and the English Wikipedia community is seriously considering a form of sitewide blackout as protest, sometime in January.

The answer is defensive and shows the power peer pressure has over Wikipedia. On December 23, Wales tweeted: "I am proud to announce that the Wikipedia domain names will move away from GoDaddy. Their position on #sopa is unacceptable to us".

What position is that, Jimmy? Go Daddy withdrew its support for SOPA around the time of your announcement: "Go Daddy is no longer supporting SOPA, the 'Stop Online Piracy Act' currently working its way through US Congress". The registrar has changed its position, so why pull the domains in protest for something that no longer needs protesting -- except perhaps for Wikipedia's image, for perception reasons, and for the influence the anti-Go Daddy mob wields right now.

Go Daddy's SOPA support goes back to at least October, when the bill was introduced in Congress. The registrar's original position can be found in this PDF" of information I pulled from its site hours before Go Daddy removed it on December 23. My question for Jimmy Wales: Are you responding to the mob or Go Daddy, seeing as the registrar's support for SOPA goes back two months and warranted response long before talk of boycott? The announcement's timing instead comes after call for boycott and during crucial Wikipedia fundraising effort when negative public perceptions -- guilt by Go Daddy association -- could close purses and wallets.

By the way, according to ByeDaddy, Wikipedia is still with Go Daddy.

Continued customer outrage can keep Go Daddy honest. That's reason for profile organizations like Wikipedia to stay. The future threat of leaving, and highly publicized, can do more good than any mass exodus now. The earlier call for boycott, before Go Daddy backed off SOPA, accomplished its goal. So why continue a campaign of mass-boycott?

Imagine the good people could do with the money they would spend transferring domains, by giving it elsewhere. To the homeless, to charities like the Red Cross or even to Wikipedia. Rather than "Dump Go Daddy Day" why not celebrate Internet freedom with "Give Go Daddy Day"? Celebrate the boycott's success and take some of the money you would have used moving domains from Go Daddy and putting it to some charitable use.

If I were to move my domains, my original registrar Network Solutions would be first choice. It would cost me about $30, including private registration, to move one domain. That's money I pledge to give away December 29. Maybe I'll even make a donation to Wikipedia, whether or not it switches from Go Daddy. What about you? Will you dump Go Daddy in two days time or give that money to someone who needs it more than a domain registrar?