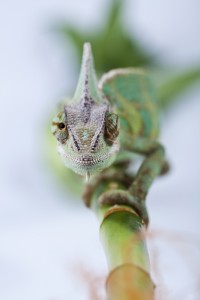 Malwarebytes Corporation has squeezed out a major update to its popular, and effective, malware scan-and-remove tool before the New Year chimes in. Malwarebytes Anti-Malware 1.60, which is designed to add additional protection to computers already running security software, debuts Chameleon technology, which the developer claims will allow the program to run even when a malware infection attempts to block it.

Version 1.60 also adds incremental updates and password-protected program settings for the paid-for Pro version as well as a number of additional improvements and bug fixes.

Malwabytes Anti-Malware (MBAM) has developed a deserved reputation for being able to spot, and remove, infections missed by other tools, making it a useful security tool for all PC users. There’s a free version that only provides scan-and-removal tools, plus requires updating manually. Upgrading to the Pro version adds real-time protection (which won’t conflict with existing security software) and automatic updating for maximum protection.

Version 1.60 adds a number of improvements that make it an essential update for all MBAM users, and that helps give it an additional edge against malware. The new Chameleon technology  masks MBAM’s presence when launched, thus helping it bypass attempts by malware to stop it running.

Malwarebytes also promises improvements to the malware detection and removal engine, including the Delete On Reboot component for those files that can’t be removed normally. It also claims a faster, more efficient and reliable update process, more user-friendly logs and error messages and a slew of more minor changes, such as the ability to save protection logs in custom locations.

Paid-for versions also get incremental updates, meaning the software gets updated faster and quicker, plus the ability to password-protect the program settings for security purposes.

Malwarebytes Anti-Malware 1.60 is available as a freeware download for PCs running Windows 2000 or later. The Professional version costs $24.95 and adds real-time and heuristic zero-day protection, plus blocks access to malicious content stored on websites.