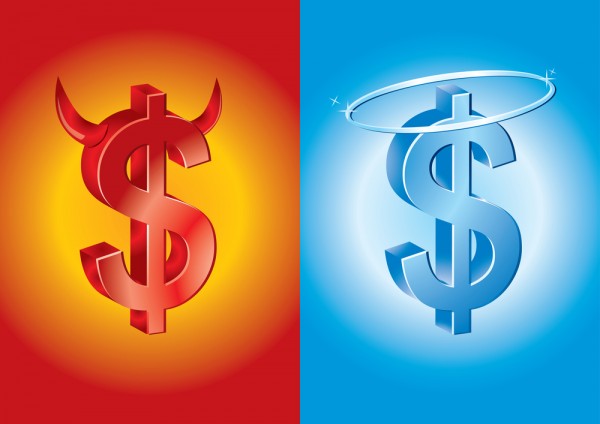 There's a strange concept in marketing that no publicity is really bad. If people talk about you, it broadly raises brand awareness. People eventually forget the bad news but not the brand. Who remembers last year's furor over Apple's onerous publisher subscription terms? That's the eventual outcome from Apple's iBooks Author end-user license agreement, which has shocked many. Simply stated: If you publish ebooks using iBooks Author, no other publisher but Apple can profit. Distribution anywhere else must be for free. The Internet is outraged, even Apple apologists.

For all the negative outpouring -- and there is plenty -- Apple's EULA isn't as outrageous as critics claim -- it's more and less. The licensing agreement enforces Apple proprietary e-publishing file formats. On the less side, Apple's approach isn't far removed from what print publishers do today, and US copyright law likely supersedes Apple's EULA (but not necessarily any separate agreement).

Apple's software startles by offering several warnings about rights and distribution, which is best summed up in Section 2 of the EULA:

B. Distribution of your Work. As a condition of this License and provided you are in compliance with its terms, your Work may be distributed as follows:

(i) if your Work is provided for free (at no charge), you may distribute the Work by any available means;

(ii) if your Work is provided for a fee (including as part of any subscription-based product or service), you may only distribute the Work through Apple and such distribution is subject to the following limitations and conditions: (a) you will be required to enter into a separate written agreement with Apple (or an Apple affiliate or subsidiary) before any commercial distribution of your Work may take place; and (b) Apple may determine for any reason and in its sole discretion not to select your Work for distribution.

Software developer Dan Wineman set the Internet afire with January 19 post "Unprecedented Audacity of the iBooks Author EULA" and FAQ follow-up "Common Misconceptions about What I Wrote Yesterday". These are by far the current, authoritative looks at iBooks Author EULA and what they mean; do read them. He explains:

This is a software EULA which for the first time attempts to restrict what I can do with the output of the app, rather than with the app itself. No consumer EULA I've ever seen goes this far. Would you be happy if Garage Band required you to sell your music through the iTunes Store, or if iPhoto had license terms that kept you from posting your own photos online? It’s a step backward for computing freedom and we should resist it...

Restricting use is what EULAs have traditionally done. This one does something different: it restricts what you can do with the output of the software after the software is closed and put away. If you make a document using iBooks Author, you aren't allowed to sell that document except through Apple, ever, for the rest of your life.

Like apps, Apple collects a 30-percent cut from ebooks. So authors outputting anything -- not just in the proprietary format -- would be prohibited from distributing the work anywhere else for a fee. Apple collects, and no other publisher.

"This is Apple at its worst", Gruber writes. Wow, the EULA must be really bad for Apple apologist extraordinaire to use the "W" word, right? That's not what got me chuckling. Gruber goes on: "Let’s hope this is just the work of an overzealous lawyer, and not their actual intention". He still apologizes for Apple! John, John, John, what kind of Kool-Aid are you drinking to think that Apple top execs don't know what terms are in their licensing agreements? Apple is micro-management central, where no detail is overlooked.

Shaw took to Twitter, showing just how effective that 140-character limit really can be. Three tweets:

I ask: Is this any worse than SOPA?

Let's now get to the real evil behind the iBooks Author EULA: It seeks to enforce proprietary Apple e-publishing formats to a nascent market trying to standardize around EPUB. 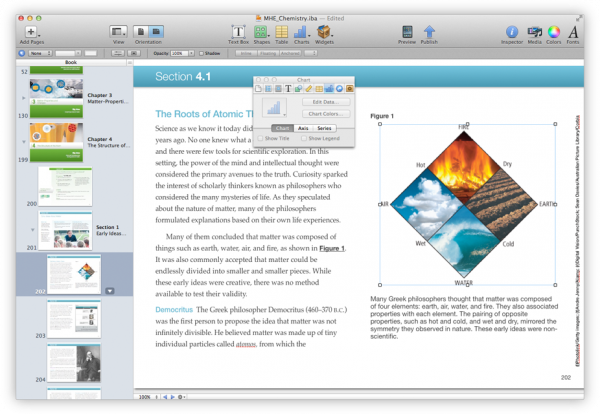 Because of these extensions, editing or browsing the HTML documents with a regular WYSISYG editor (BlueGriffon or DreamWeaver for instance) or a browser (Firefox, Chrome or even Safari) shows a total mess on screen. It's not readable, it's not usable, it's not editable. Just forget it, Apple (re-)invented the Web totally incompatible with the Web. All in all, Apple has worked entirely behind the curtains here. If someone tells you that iBooks format is EPUB3, don't believe it. It's not EPUB3, it's only based on EPUB3...With iBooks Author, Apple is trying even more to lock their formats and the market.

Format lock-in helped drive Office sales throughout the late 1990s and early 2000s -- and Windows along with it. But even as Microsoft standards drove sales, a new standards threat had developed.

In May 1995, Gates penned the "Internet Tidal Wave" memo that warned about the extended network's threats to Microsoft. In the memo, he specifically identified HTML, HTTP and TCP/IP. "Browsing the Web, you find almost no Microsoft file formats," Gates wrote. He observed not seeing a single Microsoft file format "after 10 hours of browsing", but plenty of Apple QuickTime videos and Adobe PDF documents.

Microsoft's visionary founder warned: "The Internet is the most important single development to come along since the IBM PC was introduced in 1981. It is even more important than the arrival of the graphical user interface (GUI)".

E-publishing is still a nascent and potentially hugely profitable market. Apple is in process of creating its own digital publishing platform, backed by proprietary file formats and force of legal agreements.

It's a stretch to call anything about the onerous licensing terms as less evil, but I see two things worth calling out:

1. Apple applies to digital publishing semi-exclusivity already standard in the print world. If I write a book for (fictitious) publisher Crankpants Books, the company will ask me to sign an agreement that lets it exclusively publish my copyrighted work. This is standard publishing business today. The publisher also can restrict -- and many do -- electronic distribution rights, such as limiting the work to one reader's account rather than allowing terms for sharing. Digital Rights Management technology enforces this licensing distribution term.

What publishers typically won't do: Allow authors to freely distribute their work, as Apple does. One could argue that Apple's terms are similar to print publishers and more generous. That said, digital distribution allows authors to self-publish using platforms like iBookstore or Amazon's Kindle Store. Apple's EULA restricts that behavior. Apple often is praised for innovation, for going places where others haven't. Here, the company truly innovates new ways to exclusively profit from others' works.

2. The EULA may not be enforceable. Qualifying that I'm not a lawyer, I know a few things about copyrights, as someone who writes for a living and who has reported on software copyrights and EULAs for 18 years. For example, software sidesteps typical US copyright terms allowing copying by being licensed, not sold. Developers like Adobe and Microsoft would be helpless against people copying software for personal use if not for laws supporting licensing. You pay for the application, but the developer retains all rights; technically you didn't buy anything, and the developer can retract your use of the software at any time.

Content produced by software like Word is typically sold, not licensed, which is one of many, many reasons why Microsoft couldn't restrict distribution of the writer's works like Apple tries to. It's also major reason why Wineman's calling the EULA "unprecedented" is gross understatement. Apple is trying to extend its rights over yours and doing so attempting to establish a dangerous precedent about which copyright supersedes the other -- yours as the content producer and Apple's as software developer and content distributor. I simplify complex copyright laws here, to make the point.

What matters more is something I haven't yet seen: The secondary agreement Apple requires, which could be more akin to the contract authors sign with print publishers when giving them exclusive distribution rights. That could be enforceable, depending on terms and how voluntarily the author agrees to them. Apologies, for this report, I don't have an answer and wouldn't want to give it anyway. That's topic requiring input from copyright legal experts.

For myself, I would never self-publish using Apple's software if for no other reason than principle. Apple's long-standing "our way or the highway" approach has really gotten out of control.