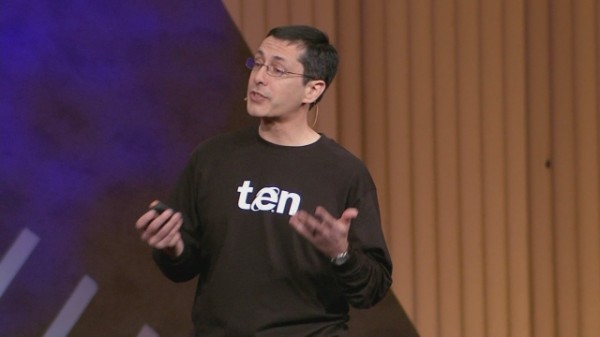 In December, Microsoft pulled out of the Consumer Electronics Show starting with next year's event. The rationale: Smaller, Microsoft events are more beneficial to everyone -- the company, attendees and customers for starters. Hey, that makes sense to me. So then, why is the software giant suddenly pulling one of its most-important developer events of the year? Without fanfare, or even a proper burial, MIX is over. Not just MIX 2012, but the entire event. Poof! Gone! Outta here!

Tim O’Brien, Developer & Platform Evangelism general manager, broke the news on the Official Microsoft Blog early this afternoon. Considering how hot and heavy Microsoft is about the Cloud right now and release this year of Internet Explorer 10 and Windows 8, timeing sure seems strange.

"We have decided to merge MIX, our spring web conference for developers and designers, into our next major developer conference, which we will host sometime in the coming year", O'Brien explains. Sometime in the coming year?. "I know a number of folks were wondering about MIX, given the time of year, so we wanted to make sure there’s no ambiguity, and be very clear: there will be no MIX 2012".

The idea to create MIX was conceived in the fall of 2005, literally as the PDC05 main stage was being disassembled after the final keynote. While we reflected on that PDC, there was a lot of discussion around our engagement with the web community, and how we needed a more focused effort around our upcoming plans for Internet Explorer, the roadmap for our web platform, the work we were starting on web standards (we were shipping IE6 at the time), and so on. MIX06 was held about four months later in Las Vegas.

So the question I've got to ask: Given Internet Explorer's receding usage share, Microsoft's efforts to support web standards and HTML 5 coding's role in Windows 8's Metro design, isn't there even more reason to engage the web community now than ever?

"The notion that the 'web community' is somehow separate and distinct from the community of developers we care about no longer makes any sense", O`Brien writes. "Some had even called out the existence of a separate web event as proof that we don’t get the web. It’s a fair point".

Right, but if people say Microsoft doesn't "get the web" with a web developer's conference, what will they say without one?

Bottom line: There's more event pullback going on then just CES. O`Brien explains: "We got a lot of feedback. Developers were confused, and asking us about which event to go to. Reporters, analysts and tech bloggers were trying to manage 'event fatigue', and asked us the same question".

Perhaps, but if there is any year when people would flock to another major Microsoft developer event, wouldn't it be the same one when a major new Windows version ships? And Internet Explorer, too?

You answer. Does it matter to you that MIX is cancelled? Not only cancelled, but gone as a separate, web developer event?