HTC One X is all quad-core goodness 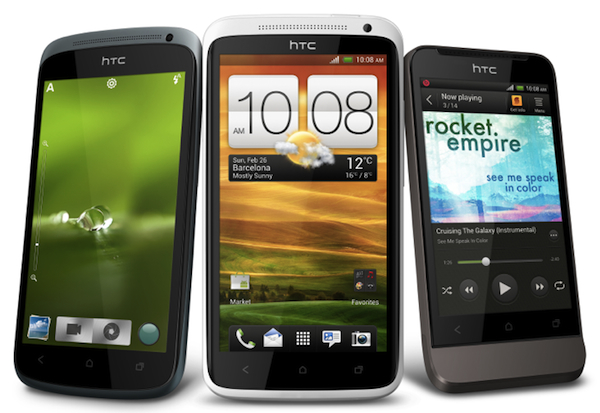 It's Mobile World Congress, where handset manufacturers announce phones they won't ship for months. HTC will do a little better, offering the new HTC One family of smartphones starting in April. Flagship handset One X is loaded for bear, with 1.5GHz quad-core Nvidia Tegra 3 processor and 4.7-inch 720p display.

Is it me, or does the One X look a little like a beautified HTC Titan II but running Android, packing more cores and offering higher-res display? Or perhaps these HTC phones all kind of look the same. Whatever, the One family (pictured), particularly the X, looks lots like HTC trying to regain some of its Android mojo.

If you're willing to wait those aforementioned months, AT&T will carry HTC One X minus two cores but with 4G LTE -- that's a 1.5GHz Qualcomm Snapdragon S4 processor for you, bud. Hell, so much for that quad-core goodness.

"The best moments in life are captured with a photo or remembered by a song, so it was key for the HTC One series to improve these emotional experiences with an amazing camera and authentic sound experience", Peter Chou, HTC CEO, says. "We are very focused on creating a camera and audio experience customers will love and use often and we believe the HTC One series delivers this in a way never seen on a phone before".

Seeing is believing, and I haven't seen yet.

Finally, there is the One V, which design borrows from the HTC Legend. The One V is low-end and, for right now, sans carrier. The smartphone has 3.7-inch display (with 800 x 480 resolution), 1GHz single-core processor, 512MB RAM, 5-megapixel rear-facing camera, 1500 mAh battery, Dropbox integration, Sense 4 UI and Ice Cream Sandwich.

9 Responses to HTC One X is all quad-core goodness