NetZero transforms the Internet once again 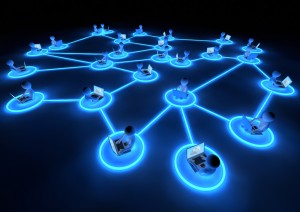 When NetZero burst onto the scene with the promise of free Internet for all in 1998, it was a transformative moment. No longer was the Internet a playground for the privileged: all you needed was a computer and a phone line, and you were online. The company is about to do the same for mobile data.

Starting today, NetZero is offering 200 megabytes of data free to anyone who purchases a dongle or hotspot from them. The dongle retails for $49.95, while the hotspot sells for $99.95. The service is provided through a partnership with Clear. With the purchase, NetZero's free plan will remain in effect for a period of one year.

Unlike the original NetZero, there are no ads while using the free service -- the company is using the free plan as a "loss leader", aimed at building a user base quickly.

Following the first year, free plan subscribers will be required to sign up for one of NetZero's premium plans, which range from $9.95 monthly for 500MB of data to $49.95 for 4GB. There will be no contractual requirement, NetZero says.

The company seems to not be aiming at corporate users, the demographic that is the most likely consumers for wireless data. Instead, NetZero aims at the legions of everyday users who frequent Wi-Fi hotspots, and liberalizing mobile data.

NetZero hopes that the year of free data will prove to the average consumer the utility of mobile data, and most will convert to paying subscribers. By keeping the monthly charges low, it gives the user an incentive to do so, since they only have to pay for what they need.

There is no overage charge either: if a subscriber goes over their monthly allotment, they will have the opportunity to purchase a new bucket of data.

All of us can only hope that NetZero's move puts pricing pressure on mobile data just like it did for dial-up Internet. It could be argued that the company's free offering helped drive down the cost of Internet access, and the same is certainly needed in the mobile space.

Carriers are not exactly jacking up prices, but they're putting limits on the amount of data you can use that are lower and lower. The effect is the cost per MB jumps, which is a price hike by a different name. NetZero's mobile data offering could put pressure on other providers to make their plans more competitive.

Of course there are limitations. Clear's 4G network is fairly limited, available only in metropolitan areas. This may not be a bad thing though for NetZero: as broadband got cheaper, the company lost customers in urban areas first since it was here where broadband is the most prevalent.

Whether this is a winning strategy remains to be seen. In any case, it's exciting to see a company aim to bring mobile data to the masses.

6 Responses to NetZero transforms the Internet once again