If my language is as foreign as Klingon, try TranslateClient 6.0.618 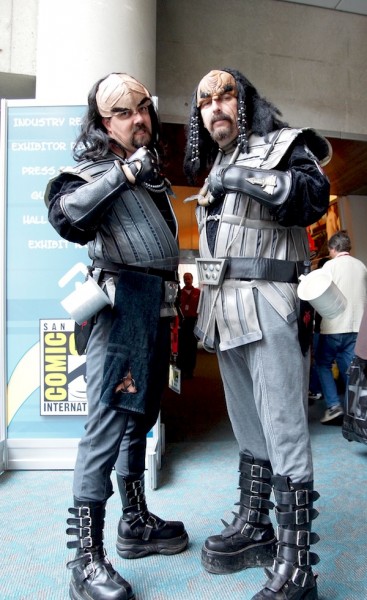 The language barrier isn’t quite the impenetrable wall it used to be. These days you can often muddle through when confronted by what appears to be a stream of gibberish in some random foreign language, but if you find yourself regularly dealing with another tongue, it helps to arm yourself with the right software.

One desktop tool for Windows users worth checking out is TranslateClient 6.0.618, which gives you translation services from within any open application, including your web browser. The free version provides services from Microsoft Translator, while a paid-for Pro version adds Google Translator as well as a number of other additional options.

TranslateClient,  which is also available as a portable app for occasional users, is incredibly simple to use. Once downloaded and installed, it’s ready to go, with support for translation between 50 different languages using the Microsoft Translator engine. Previous versions provided the Google Translator engine for free, too, but a change in licensing has led to Google services being restricted to those who purchase a Pro license, along with other added benefits including a language learner, plus access to dictionary definitions and Wikipedia entries for selected words.

It works in a number of different ways -- you can now select text in your web browser and you’ll see a small G icon appear, which when clicked will provide a translation of the selected text in your chosen language. It’s not perfect, but that’s a fault of the translation engine, and you should be able to get the gist of what’s being said.

From here you can copy the text to the clipboard, or replace the selected text in an editable document with the translation. Alternatively, open up the program’s main window, where you’ll find you can type text on the fly and get an immediate translation into your language of choice. One neat touch is the “back translation” at the bottom of the screen, which lets you see exactly how the translation engine has performed, and allows you to see if your translated text would pass muster.

Another neat feature is the Listen button -- click this and the translated text will be read aloud to you, giving you an insight into phonetics. Navigation arrows also allow you to move between various passages of translated text, ensuring you can work on multiple passages at once.

Tweak the program’s preferences from the Main > Settings menu (also accessible from the program’s Taskbar icon), where you can change the skin used by the pop-up translation tool if its default look offends or is difficult to track.

TranslateClient 6.0.612 and TranslateClient Portable 6.0.612 are both available as freeware downloads for PCs running Windows 98 or later. A portable version is also available, while users wishing for more advanced features including access to the Google Translation engine, can purchase a Pro license for around $45.

3 Responses to If my language is as foreign as Klingon, try TranslateClient 6.0.618