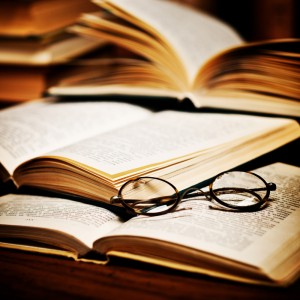 Nobody partners, or negotiates deals, like Microsoft. That's evident from today's stunning agreement with Barnes & Noble, which is sure to turn the ebook market on its head. The two will jointly invest in Newco, temporary name for ebook venture that incorporates B&N's digital and College business divisions. B&N gets partner in Microsoft, which invests $300 million, for 17.6 percent stake; both parties end ongoing patent disputes, largely related to Android; and Microsoft launches Windows 8 with native Nook Reader application. All around it's win-win, after losing a decade ago.

That's right, Barnes & Noble and Microsoft have been here before, in pioneering ebook ventures that failed. Both companies jumped on ebooks back when Amazon, which makes the popular Kindle, was still just a struggling Web 2.0 startup. Microsoft Reader led the first big ebook push at the turn of the century, and Barnes & Noble launched its original e-bookstore using the software. I bought my first ebooks there about 12 years ago. But by late 2003, it was over; Barnes & Noble gave up on ebooks -- a market later re-entered only after Amazon's Kindle success. Microsoft kept producing Reader software, but that's done, too, when the software retires on August 30.

The newer initiative is hugely strategic for the companies. Amazon and Apple have taken early leadership in standard and educational ebooks. For example, Amazon rents e-textbooks, while Apple offers software and service for making and selling them -- and both companies tout aggressively low prices compared to printed textbooks. B&N offers Nook Study, which lets students rent or buy e-textbooks.

Meanwhile, Microsoft has fallen way behind in tablets, a market it shepherded a decade ago only to see Apple and Amazon snatch it away in just two years. According to IDC, the two companies commanded 71.5 percent of the global tablet market in fourth quarter. At the end of February, in the United States, Amazon led Android tablets, with 54.4 percent share, according to comScore.

Windows 8, and its touch-oriented Metro user interface, is Microsoft's platform for regaining tablet momentum. The partnership assures availability of a native ereader app and hungry partner. Both companies are hungry, and ready to compete hard against Apple and Amazon.

"The formation of Newco and our relationship with Microsoft are important parts of our strategy to capitalize on the rapid growth of the Nook business, and to solidify our position as a leader in the exploding market for digital content in the consumer and education segments", B&N CEO William Lynch says. "Microsoft’s investment in Newco, and our exciting collaboration to bring world-class digital reading technologies and content to the Windows platform and its hundreds of millions of users, will allow us to significantly expand the business".

But Microsoft is in the midsts of a major architectural shift that competitively is ill-timed. "Because the Metro user experience also includes new software architecture and the new Microsoft Store for apps, it will take time for the developer ecosystem to build", Forrester Research analyst Frank Gillette writes in report "Tablets Will Rule The Future Personal Computing Landscape", published last week. "As a result, it will take most of 2013 for the Microsoft ecosystem to create a fully capable Windows Metro experience for customers, pushing sales acceleration to 2014. Once rolling, however, we expect Microsoft will be a significant player, but one chasing a leader with a multiyear head start". That leader is Apple.

Gillette forecasts that tablet shipment compound annual growth rate will be 46 percent through 2016, when global number will reach 375 million, up from 56 million last year. He estimates that the tablet install base will be 760 million tablets, compared to 2 billion PCs. He predicts that by the time Windows tablets begin to make significant share gains in two years, Apple and Amazon will both have aggressively expanded the platforms to enterprise software developers. Other than education, Amazon's focus is all consumer today.

"Our complementary assets will accelerate e-reading innovation across a broad range of Windows devices, enabling people to not just read stories, but to be part of them", says Microsoft mobile chief Andy Lees. "We’re at the cusp of a revolution in reading". That's the key point for the software giant. Tablets and ereaders are products sure to converge, as Kindle Fire, iPad and even Nook demonstrate.

But there's something else: Android. Today, Nook runs a customized Android version, not Windows anything. The deal effectively ends Microsoft patent litigation against Barnes & Noble and leaves Google's Motorola Mobility subsidiary as last major Android licensee not to cut a deal with Microsoft.

What's that saying? Keep your friends close, but your enemies closer? Microsoft cuts deals with competitors as easily as partners -- and they're often one in the same -- for monetary or strategic gain, which is both here.