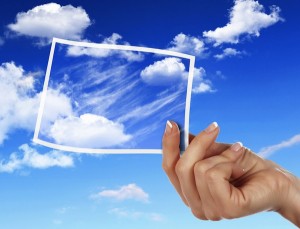 Red Hat moved its hybrid cloud management software called CloudForms out of beta on Thursday, aiming to allow IT customers with considerable infrastructure to leverage it with public cloud resources to enable easy migration between the two.

The open-source software company first introduced CloudForms last May, then positioning it as an IaaS product. Since then, the company has begun contributing heavily to the OpenStack IaaS platform, and is now a platinum member of the OpenStack Foundation.

Given that hybrid clouds seem to be in vogue in cloud computing right now, this repositioning may not be that bad of an idea. It will run on a software stack that includes Red Hat Enterprise Linux, Red Hat Enterprise Virtualization, JBoss Enterprise Middleware, Red Hat Storage, and thousands of certified ISV applications.

CloudForms will allow for applications to be moved between the cloud and in-house infrastructure even if the cloud architecture itself is different. Red Hat says this helps to avoid "vendor lock-in" and negates the need for configuration adjustments.

"We recognize that for a complete open hybrid cloud, enterprises need more than just the management layer – they also need openness and portability across compute, data/services, programming models and applications", chief technical officer Brian Stevens says of the platform.

Like competitors offerings, CloudForms offers end user control for self-service capability. It also reduces administration times through use of a predefined application blueprint, which define everything the application needs to run in a particular environment. CloudForms itself maintains a catalog of these blueprints, which are called anytime an application is requested.

"There's no doubt that end users want to help themselves to cloud-like compute resources, but the IT department still needs to centralize deployment, management and integration", 451 Research vice president Rachel Chalmers says.